By John Eccleston on 29 May 2013 in Marriage and civil partnership discrimination, Equality & diversity, Religious discrimination 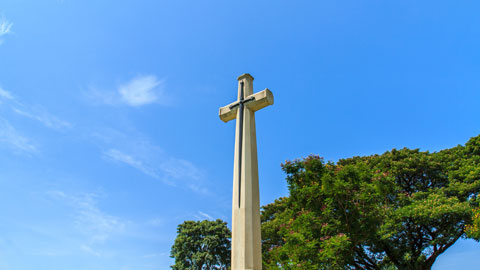 The European Court of Human Rights (ECHR) has confirmed that the three unsuccessful applicants in the case of Eweida and others v United Kingdom will not have their cases considered further by its Grand Chamber.

On 15 January 2013, the ECHR upheld Nadia Eweida’s claim that her right to freedom of thought, conscience and religion under the European Convention on Human Rights had been breached after UK courts found that she was not discriminated against by British Airways’ uniform policy, which prevented her from wearing visible items of jewellery at work. This policy meant she could not wear a cross while working.

However, the ECHR went on to reject the three other religious discrimination claims brought by:

However, the ECHR rejected the attempts of Chaplin, Ladele and McFarlane to have their cases considered by the ECHR’s Grand Chamber. The Grand Chamber allows exceptional cases to be considered further by the ECHR where they raise a serious question affecting the interpretation or application of the Convention or its protocols, or a serious issue of general importance.

Michael Powner, head of employment at Charles Russell LLP, said: “In effect, these three appeal cases tried to take the argument to another level. Chaplin’s wearing of a cross as a nurse was the most difficult to overturn, given the finding by the ECHR that the hospital managers were well placed to make decisions about clinical safety and so the UK courts had weighed up the concerns correctly.

“The other two cases of McFarlane and Ladele arguably had better prospects of potential success. Both resisted tasks that they saw as condoning homosexuality – McFarlane as a Relate counsellor, and Ladele as a marriage registrar. Ladele had two dissenting judgments in her favour strongly backing her right to act with her conscience in being excused from performing civil partnerships. McFarlane never actually refused to do anything. He simply commented on his wish not to conduct sex therapy sessions with same-sex couples.”

He added: “However, the boundaries have been tested and now firmly rejected. This sends a stark message that religious freedoms have very limited parameters when they potentially or actually infringe the rights of others. When different Convention rights compete in different factual scenarios, the line has to be drawn somewhere. What is now certain is that one set of rights, religious freedom for Christians, does not automatically trump the others.”

XpertHR has a reference manual on discrimination based on religion or belief.

Listen to an XpertHR podcast on religious discrimination in the light of the ECHR’s decision in the Eweida case.