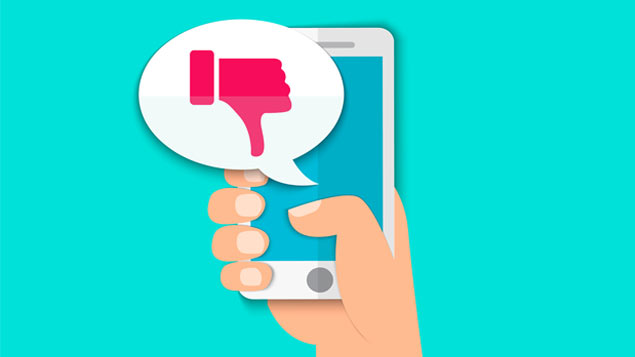 In light of the recent case that saw an Australian government employee dismissed after posting tweets that criticised the country’s immigration policy, Rhys Wyborn offers some advice on how to handle social media posts that might bring reputational damage.

Social media has become such a large part of people’s lives that many forget what they say can have consequences, especially at work. An ill-considered tweet that was posted in a moment of anger can cause lasting reputational damage for a business and lead to disciplinary action for the author.

With this in mind, employees must take care in expressing their opinion and employers must have the necessary policies and procedures in place to handle these issues, should they arise.

Defences such as having low follower numbers may not help an employee, as although a post was originally meant to be seen by only a small selection of people, things can snowball out of control if it gets picked up by another source.

There are a variety of complexities that social media has created for employers, but reputation management is one of the most troublesome. The speed in which a post can spread can be both a positive and a negative, depending on the content. This can be a serious issue when employees treat their social media as a diary to write down every thought.

A recent ruling in Australia’s highest court shed light on the issue of employees using social media to voice criticism or concerns. The judge ruled that Michaela Banerji, who published critical tweets of the government under a pseudonym, was lawfully dismissed by her employer. Although this case is specific to Australia’s laws, it is a global issue and a solid reminder for UK employers that social media is not something to ignore.

Of course, everyone has the right to freedom of speech, including on social media. It is perfectly acceptable for opinions to be expressed on personal accounts, as long as it is made clear that this personal view does not necessarily reflect that of the company. This statement can be made within the post or in the biography of the person’s account.

However, freedom of speech does have restrictions, one of which is the purposeful damage of reputation. If an opinion expressed is a criticism of the business or a colleague, then it falls within work boundaries and becomes an issue of misconduct.

The process for a case involving social media should be carried out in the same way as any other misconduct incident. A fair and thorough investigation must be conducted using the usual internal procedures. Any disciplinary action should be based on what was posted and the potential reputational damage because of it.

Defences such as having low follower numbers may not help an employee, as although a post was originally meant to be seen by only a small selection of people, things can snowball out of control if it gets picked up by another source. Deleting the post may not even be enough, with screenshotting being a popular way for people to ensure a post stays in the limelight.

On the other hand, businesses must be careful not to treat all comments or posts in a zero-tolerance manner, as if there is no suggestion of reputational damage then dismissal will fall outside of the band of reasonable responses, and employees could successfully claim unfair dismissal.

Problems that employers may come across during an investigation include anonymity. As seen in the Australian case, it is common for people to post under pseudonyms, making it difficult for employers to identify the culprit. In order to discipline an employee, there must be reasonable belief that the account is linked to them. This can be challenging to do without the cooperation of staff members.

In seeking to avoid misconduct cases, businesses should put policies in place that offer prescriptive guidelines for employees. Policies should clarify the type of social media usage that is acceptable both in and out of work, including what can be posted in reference to the business. Reminding staff that personal does not mean private, and that anything they post can impact the reputation of the organisation, is also important. This clears up any confusion that employees may have and will assist in successfully defending any claim.

Social media use is at an all-time high and this means more misconduct cases relating to the platform are likely to emerge in the future. Employees may believe that what they post on their personal account is inconsequential, but if a post spreads, it can still cause lasting damage. In order to avoid such situations, and act quickly if they do occur, businesses must ensure that they have clear and comprehensive social media policies in place.

Rhys Wyborn is a partner in the employment team at law firm Shakespeare Martineau.
View all posts by Rhys Wyborn →
Previous Article
Next Article