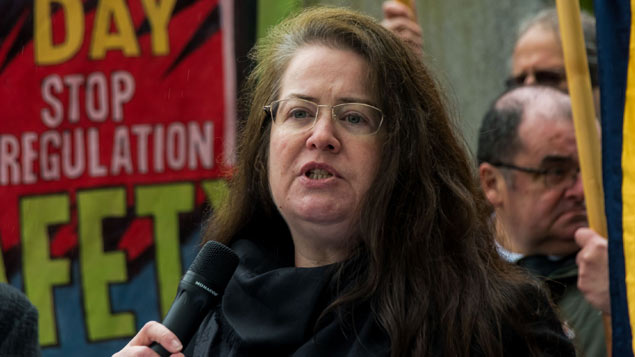 A former partner at high street law firm McMillan Williams has claimed it created a “morally bankrupt environment” that allowed complaints of sexual harassment, racism and bullying to be covered up.

Helen Clifford alleged she was constructively dismissed after complaining on behalf of junior employees who claimed they were sexually harassed by senior staff, according to reports.

She said instructions were issued to middle management to cover up allegations of harassment and at least one claim made by a female trainee solicitor was “swept under the carpet” by managers. The same employee was reported for “misconduct” after raising a complaint, she said.

Clifford, who was head of the personal injury department before she was dismissed in September 2018, is claiming for unfair dismissal, sexual harassment, victimisation and punishment for whistleblowing.

At a hearing to support her application for the disclosure of staff complaints documents ahead of another hearing next year, she said: “It was a culture of fear and a culture of bullying within this firm.

“There was very much an old boy’s club…They were all educated at similar universities and send their children to Eton. As an in-joke they decided on a pet project to remove those who were not members of their club. They called it ‘Project Snowflake’. There are accountancy reports that refer to it.”

Clifford claimed that one former colleague was told to sign a non-disclosure agreement after raising complaints about bullying, harassment and racism.

“All the senior people now are white, male and middle-class. This was a firm that prided itself as having the highest level of diversity with high numbers of women and ethnic minority staff.” she told the East London employment tribunal last week, according to a report in the Sunday Times.

The law firm had not commented at the time of publication, but Betsan Criddle, representing McMillan Williams, said Clifford’s application had been a ‘fishing expedition’ and that the documents she requested were not relevant to the specifics of her allegations.

She said: “This is an employment tribunal, not a public inquiry into the way [McMillan Williams] runs its business.”

The tribunal has not yet decided whether to order the release of the documents.

The government has announced legislation to address the misuse of non-disclosure agreements (NDAs) in the workplace – including clauses designed...