By Peter Finding on 2 May 2014 in Employment law, Case law, Discrimination 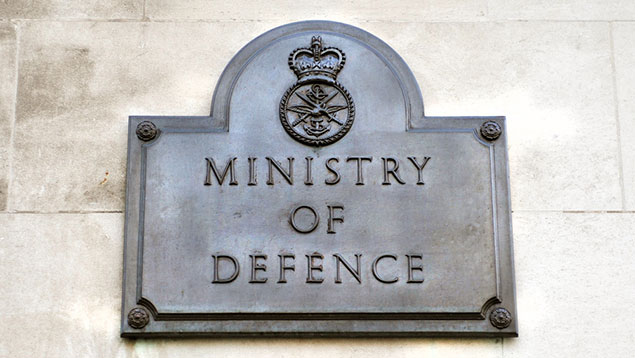 Burges Salmon’s Peter Finding looks at the recent case of Kemeh v Ministry of Defence, and the potential implications for employers.

A principle well established is that an employer may be vicariously liable for acts carried out by its employees in the course of their employment. This is codified in relation to discriminatory acts in the Equality Act 2010 and protection for whistleblowers in the Enterprise and Regulatory Reform Act 2013.

Less well known is that the Equality Act also provides for a similar regime for discriminatory acts carried out by a business’ agents (as distinct from its employees). The Court of Appeal recently considered the issues of both employee liability and agency liability in the case of Kemeh v Ministry of Defence. So what does this decision mean for businesses?

The Equality Act provides that employers will be liable for acts of discrimination, harassment and victimisation carried out by their employees “in the course of employment”, unless they can show that they took reasonable steps to prevent such acts.

This can be particularly unnerving as “in the course of employment” is interpreted widely, and the Act also states that the employer can be liable even where an employee has acted without the employer’s knowledge or approval.

A regular problem is the employee who gets frisky, noisy or both at the office party. An employee’s actions at such work-related social events have been found to be in the course of employment, potentially resulting in liability for the employer. Not all work-related events will fall into this category, though – the issue of whether or not an employee’s acts were “in the course of employment” will depend on the particular situation, taking into account factors such as whether or not the employer organised the event and whether or not non-employees attended.

For example, an act of harassment at a private birthday party to which some work colleagues have been invited is unlikely to result in the employer being liable. However, the employer may well be liable in respect of similar acts occurring during a team night out that has been organised by a line manager.

An employer may be able to avoid liability for an employee’s acts of discrimination, harassment or victimisation if it has taken all reasonable steps to prevent the unlawful act or any similar acts from happening (the “reasonable steps defence”). This is a difficult defence to establish, but it is prudent to ensure that relevant codes of conduct are in place and that they are kept up to date with the latest Acas and Equality and Human Rights Commission guidance.

Of course, putting policies in place will not be a panacea. Line managers should be instructed to set an appropriate standard through their own behaviour and employees should be given associated training to encourage acceptable behaviour in the workplace and at work-related events. It may also be appropriate, depending on the event, to give specific guidance to employees prior to attendance – or at least refer them to the code of conduct.

Your contractors and agents

So far so good – but, as mentioned above, the Equality Act also provides that businesses can be responsible not only for the acts of their employees, but also for the discriminatory acts of their agents. An agency relationship – not to be confused with the law relating to agency workers – exists where a person or business (the principal) authorises another party (its agent) to act on its behalf, for example a sales agent who is authorised to make sales on behalf of the principal.

It is important to note that the authorisation does not need to extend to the commission of the discriminatory act in question for liability to arise. Of course it would be unlikely that a business would authorise its agent to act unlawfully. Indeed, vicarious liability may occur even if the business is not aware of its agent’s unlawful acts.

Authorisation to act on the principal’s behalf is a critical element in establishing an agency relationship, which in turn is a prerequisite to agency-related vicarious liability. The recent Court of Appeal case, Kemeh v Ministry of Defence, demonstrates that an agency relationship will not exist between an end-user and a service-provider or its employees in the absence of authorisation.

Mr Kemeh, a cook, and Sergeant Simmons, his line manager, were employed by the Ministry of Defence (MoD). Mr Kemeh also worked with Ms Ausher, a butcher employed by Sodexo, to whom the MoD had outsourced certain services. Both Sergeant Simmons and Ms Ausher subjected Mr Kemeh to racist abuse in separate incidents.

Mr Kemeh had a relatively straightforward case against the MoD in respect of the abuse by Sergeant Simmons. As Sergeant Simmons was its employee, the MoD was liable for his unlawful conduct. However, Mr Kemeh faced an uphill battle in achieving a legal remedy in relation to Ms Ausher’s conduct. Ms Ausher was not an employee of the MoD, and so the MoD was not liable for her act as an employer. Mr Kemeh had no claim against Sodexo as he was not its employee. He therefore tried to argue that Ms Ausher was an agent of the MoD and that the MoD should be held liable, as principal, for her act.

Deciding on the case

The Court of Appeal decided that the ordinary common law meaning of “agency” should apply in the discrimination context. Accordingly, although the concept of agency could not, according to the Court, be “readily encapsulated in a simple definition”, it carried the sense of one person acting on behalf, or “standing in the shoes”, of another, with that person’s authority.

In the circumstances, Ms Ausher was held not to be an agent of the MoD. This appears to be based on the fact that Ms Ausher was not authorised by the MoD to act on its behalf, the basic agency test. The Court commented that, generally, the employee of a service-provider (here, Sodexo) will not be the end-user’s (MoD) agent as the crucial element of authorisation will not exist. However, this will not always be the case. In Kemeh, for instance, if Ms Ausher had been authorised by the MoD to buy supplies with MoD funds she would have been the agent of the MoD; consequently, the MoD would have been liable for her unlawful acts.

The Court was troubled by the fact that, in this situation, Mr Kemeh had no legal remedy in relation to Ms Ausher’s abuse. It contrasted the situation with the rights conferred upon contract workers, who have statutory protection against discrimination by the end-user for whose ultimate benefit they provide services. For example, had Mr Kemeh abused Ms Ausher on racial grounds, Ms Ausher would have had a potential claim against the MoD.

The Court suggested that Parliament may wish to remedy this gap in the law. While no such reform is currently proposed, this is a potentially important issue, as expanding the discrimination protection to cover relationships such as those between Mr Kemeh, Ms Ausher and the MoD would significantly increase the risk of liability for end-users.

Peter Finding is an associate at Withers LLP.
View all posts by Peter Finding →
Previous Article
Next Article