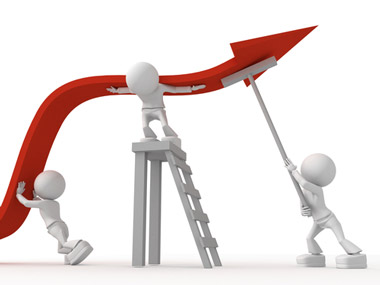 The UK employment rate has risen to its highest level since May 2009, with 71% of 16- to 64-year-olds now in work, according to figures from the Office for National Statistics (ONS).

The Chartered Institute of Personnel and Development (CIPD) has warned that, while the ONS figures are positive, the labour market might not hold up if the economy doesn’t improve in the near future.

Gerwyn Davies, labour market adviser at the CIPD, said: “In a continuation of recent trends, today’s figures appear to show yet another strong labour market performance. However, a number of factors suggest that fault lines are emerging. For example, redundancy activity has picked up for the first time this year and there are record numbers of self-employed and people working part time because they cannot find a full-time job.

“In addition, today’s figures don’t reflect the lengths to which a significant number of employers are going in order to hold on to skilled staff despite low levels of demand, as the CIPD reported in its quarterly Labour Market Outlook earlier this week. The continued fall in productivity and increase in unit labour costs will put more pressure on employers.”

While some believe that the Olympics is behind the employment boost, The Work Foundation has argued that this is not the case.

Ian Brinkley, director at The Work Foundation, said: “Some may be tempted to see this as a short-term Olympic effect because many of the new jobs were in London – although the statistics only cover the period up to June, and regional figures are much less reliable than the national statistics. We are less convinced. Employment grew just as strongly in the North-West. Moreover, nationally there was only a modest increase in temporary jobs. Finally, if the economic statistics are right and overall economic activity across the UK is falling, then any temporary boost in London has been balanced by falls elsewhere, leaving the national picture unchanged.

“On balance, we still expect the labour market to go into reverse in the next few months, especially if the eurozone economies continue to contract. But if the UK labour market goes on apparently defying economic gravity, we also need to take a hard look at whether the current GDP statistics are giving too pessimistic a view of the UK economy.”

View the latest recruitment news, features and guidance on our dedicated recruitment and retention page.