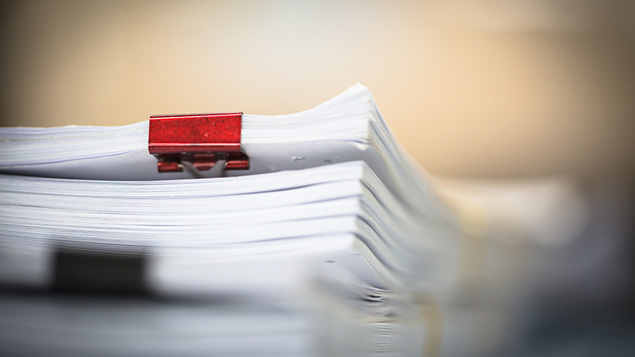 The total number of employment tribunal claims lodged with the Ministry of Justice tripled in the three months between April and June, latest statistics reveal.

The sustained rise in claims being lodged since the abolition of tribunal fees in July 2017 has inevitably led to increased caseloads for the justice system. For single claims, outstanding caseload rose by 130%, while for multiple claims this was 34%.

Earlier this year, the MoJ announced it was launching a recruitment drive to bring in 54 new employment judges to tackle the rise in cases.

Since the launch of the employment tribunal refund scheme in June this year, there have been 14,500 applications for refunds and 12,400 made. Refunds given so far have a total value of just over £10.6 million, according to the MoJ. The large majority of these went to single claimants.

The number of claimants representing themselves at tribunal rose over the same period – 17% did not have legal representation, compared with just 9% in 2016/17.

In 2017/18, the Employment Appeal Tribunal received 996 appeals, up 12% compared with 2016/17. Just over a third of appeals dealt with at preliminary hearing were dismissed. More appeals brought by employers (45%) were thrown out compared to those brought by employees (32% of appeals).

Most claims lodged in the three months to the end of June were for equal pay, totalling 7,972 cases and up 33% on the same quarter in 2017. Unfair dismissal accounted for 4,801 claims, up 34%. Unauthorised deduction of wages continues to attract a large number of claims, with 4,273 received in the quarter to the end of June.

Single tribunal claims took a mean period of 28 weeks from receipt to disposal from April to June 2018, unchanged since the same quarter last year. Multiple claims reduced in mean age at disposal, from 318 weeks to 133.

Susie Munro, employment law editor at XpertHR, said: “While the number of individual tribunal claims has not yet returned to the levels we saw before the introduction of the fees regime, there has been a significant increase, as expected – enough to cause capacity problems for the tribunal service.

“The increase in claimants representing themselves may also be explained by the abolition of fees. Previously, many employees who did not have union representation, or other means of funding their cases, are likely to have been deterred from making a claim by the cost of the fees.”