The end of the annual appraisal: what’s next for performance management?

By Peter Crush on 24 Aug 2015 in Line managers, Performance management 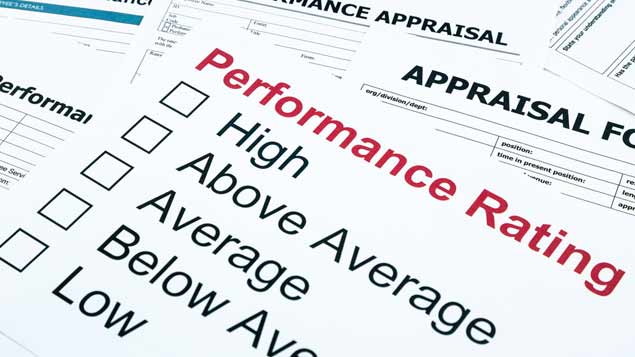 Could appraisal forms become a thing of the past?

A growing number of employers are shunning formal annual appraisals in favour of regular dialogue with employees. What is driving this trend and how are managers adapting to how they need to manage performance? Peter Crush investigates.

To say reaction to the news that Accenture will be ditching its annual appraisal (for all of its 330,000 staff) has been euphoric would be an understatement.

“People are breathing a huge sigh of relief,” says Tom Marsden, CEO at people analytics company Saberr, which works with Deloitte – another “big four” consultancy that has also recently turned its back on the annual review.

“Annually appraising employees using antiquated, standalone systems and establishing objectives that aren’t aligned with the company’s values and goals is undoubtedly (and for the better) a thing of the past.

News that Accenture – a former employer of mine – is doing away with formal appraisals is welcome news for the wider HR industry.

At Fairsail we don’t hold formal appraisals because we see them as rigid and unproductive. Almost all the conversations we have with progressive companies back up this movement.

Business’ emphasis should be on instant recognition instead, whether it’s from peers or management.


Open communication at all levels breeds better working relationships, which leads in turn to improved productivity, lower turnover and greater levels of innovation.”

The ardour with which experts now deride the appraisal suggests that it is almost like Accenture has given them permission to expose an HR process they have always believed is broken, but have been always been too scared to speak up.

“I think it’s been known for a while that appraisals don’t work,” argues Tim Taylor, director at Making Great Leaders. “Either managers are too lazy and everyone gets the same rating, or it creates false rankings by creating a bottom 10% – even if everyone is actually succeeding.

“They focus on goals made 12 months ago that might not even be relevant anymore, and more than that, staff themselves perceive it as inherently unfair.”

It is a pretty damning response, but it seems more organisations are now willing to speak out. “The very term ‘performance appraisal’ seems wrong now,” says Piers Robinson, former HR director at Fitness First, now head of consultancy at The Storytellers.

“Work culture has changed; the appraisal is definitely less relevant today than when it was originally designed as a compliance tool.”

Data from CEB confirms that HR directors themselves have long distrusted the appraisal process. It finds that the average manager spends more than 200 hours a year on activities related to performance reviews, but a staggering 90% of HR leaders feel the process does not yield accurate information.

“Annual appraisals have become too unwieldy. Ultimately they end up becoming a conversation about pay,” says Geoffroy De Lestrange from Cornerstone OnDemand. “It’s ceased to become an opportunity to talk about skills gained, or growth opportunities sought, and even when they are, there’s too many topics mixed up, so all you get is a meeting that doesn’t do much.”

Holly Potter, talent manager at marketing firm BozBoz adds: “Appraisals are when awkward conversations that were put off six months ago happen, or their scored according to how well a manager likes you. Some managers mark harder too; it has just got too random.”

Accenture, Deloitte and other employers are proposing instead more informal chats, ridding the annual appraisal of the suspicion that is has always been a process more for HR’s benefit rather than for employees.

“The value should not be about the process, but the discussion,” says Campbell. “Removing the process, the ‘event’ of the annual appraisal, should improve the conversation, and having more ongoing conversations means developmental discussions happen when they’re supposed to, such as at the completion of projects (as we do) – rather than waiting a year.”

Some might question how hard-pressed managers, who already struggle with preparing annual reviews, will find the time to record more regular chats, but experts argue it does not have to be any more time intensive.

More and more organisations are deciding the so-called “bell curve” (of “normal distribution” of performance) is outdated.

Microsoft has recently disbanded it, and so too has GE – the company which became famous for penalising (or even getting rid of) its bottom 10% each year.

According to the Institute for Corporate Productivity, only 14% of firms in the US now use a forced ranking system.

The rest, it found, calibrate pay and performance from the outcomes of the whole organisation.

New research from Ernest O’Boyle Jr and Herman Aguinis indicates most organisations have a relatively small number of “superstars” who account for the lion’s share of output. The rest are “below” average.


It’s also argued performance and potential are rarely linked, and that performance-only measures do not tell the full story about how someone will perform in their next role.

“Feedback doesn’t need to be complicated; it can be very quick and easy,” argues Carmichael, who is currently revamping her company’s appraisal system to record many more smaller snapshots of employee data.

“We want to drive a culture where staff ask us for feedback, by empowering managers to ask what staff want next over the next three months,” she says.

“The idea is we’ll create lots of touch point data that, as a whole, will form a trend. When an annual review simply becomes about pay, it blurs things, and HR forgets to have more developmental and coaching conversations.”

But could it be that the appraisal isn’t actually a bad concept, it’s just that it’s not done properly?

“In a previous role, where I was coach to the Commonwealth Rowing squad, I used to set annual targets, and goals, so to me, it’s not the annual element about it that I have a problem with,” says Robinson.

“It’s fallen down around how it’s delivered – it’s directive rather than coaching in style.” Says De Lestrange: “There’s still a place for annual goal setting, talent development and training conversations. I wouldn’t like to see these go.”

From individual to team

De Lestrange says regular chats with his staff are accompanied by giving them a rather different forms of reward, social media tags – for instance, endorsing them for a particular skill on their LinkedIn pages, so that staff receive personal and professional recognition. But others say the yearly approach really should be consigned to history.

“A problem we haven’t mentioned with appraisals is that they primarily look at individuals,” says Marsden. “Most work is now done in the context of the team, and what we believe is the next big area of HR analysis is looking at the extent to which we can understand the likelihood of someone having better performance depending on what team they’re in.”

Marsden is already doing this for Deloitte, from a recruitment angle, but says work around whether or not people can work well together will move into the appraisal process.

He says: “Those with particular value systems can actually create better performance with other similar people. People need to see (and therefore measure) performance in a new context – how teams are arranged.”

Other HR directors are also trying new techniques, but the consensus is that regularity rules.

“In my organisation, people can move roles as often as every 18 months,” says executive headhunter Patrick Tame, founder of Beringer Tame. “If you were designing a new process from scratch you wouldn’t wait a year before talking to staff about how they were doing. The pace of change is faster.”

He adds: “We know people can’t keep the same pace for a whole year, so that’s why we have regular conversations. The benefit of regular talks is that it creates a feedback loop, and then people will be more likely to open up about stuff that’s impacting their work. We can’t have people scared of feedback.”

But experts do warn that regular, informal chats are no substitute for having a process for writing down some performance basics, at least from a legal perspective.

“In virtually every employment tribunal we deal with for dismissals, employees nearly always cite not knowing their performance was bad enough to be sacked, or that they haven’t had any performance appraisals at all,” says Danielle Ayres, employment lawyer at Gorvins Solicitors.

“While an appraisal isn’t a legal document per se, it can be asked to be submitted in court, to prove whether it was known if a person wasn’t doing their job properly. At least an annual review has something in black and white so lots more chats do need to be accompanied by more record-keeping.”

No room for fluff

At marketing company BozBoz, they have created their own framework to manage a more regular and less formal way of appraising employees.

How can the annual appraisal be improved?

“I didn’t have an appraisal until I was 26,” recalls Potter. “When I did, it felt like a pointless talk, with some ticks on a piece of paper that quickly got forgotten, and was put into a drawer for next year.”

She has introduced the “V2MOM” methodology for recognising performance – the same used at successful software company Salesforce.com

This stands for “vision, values, methods, obstacles and measures” – there is one V2MOM for the business, and separate ones for different teams. Everything must be distilled into one page, so there’s no room for fluff.

Potter says the framework is especially useful in her organisation because her team are what she describes as “early careerists”.

“They’re quite task-focused, but need pulling around to the overall strategy,” she says. To get them thinking about this, she has designed a more senior version of each person’s role, and encourages them to think about what they need to achieve to reach it.

“These are quarterly ‘events’ but we still meet once a week,” she says. “The point is, this is a now live document. This is as far away from traditional appraisals as I know. It’s not just performance we measure, but we create an axis of people’s skills and attitudes too.”

This is light-years away from reams of paper appraisals, signed and countersigned and filed away in a drawer until next year – a live view of where an individuals and teams are at, at any time.