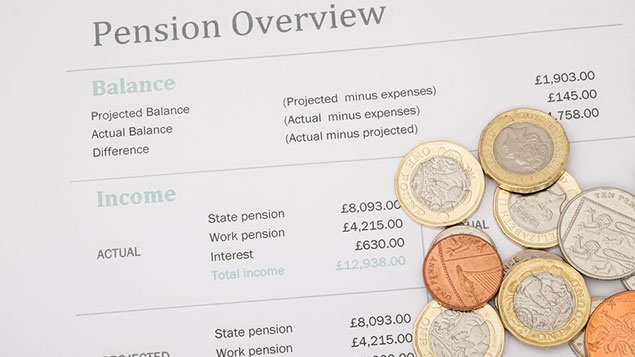 Helping employees understand how much they are saving, as well as their deductions, can help

Collectively employers spend billions on employee pensions each year, but how can they ensure staff understand the value of this benefit when faced with so many competing financial priorities? Stephanie Hawthorne investigates.

Getting staff to shell out hard earned cash today to provide uncertain benefits in 25, 30 or 40 years’ time is a tough ask.

Yet that is what tens of thousands of employers are striving to do with varying degrees of success, contributing vast sums of money on pensions for their employees.

Indeed, in 2016, employers paid £52bn into their defined contribution workplace pensions. Making sure this money is well spent is more important than ever.

But it can really be worthwhile as the Engaging with Savings, a CBI/Aegon Guide to Pension Engagement report shows: 55% of firms think greater employee engagement with pensions will improve their ability to recruit and retain employees, along with supporting their succession planning. Yet, despite this, two in five businesses say their staff are not engaged with their pension.

While every employee should be treated as an individual, certain groups such as new joiners, younger employees, the 30s to 50 year olds and the over 50s and those nearing retirement all have particular requirements.

Since the advent of auto-enrolment nearly all jobs come with a pension, so reaching new employees is comparatively easy.

Kate Smith, head of pensions at Aegon comments: “All new joiners should be given a ‘pension pack’ as soon as they start work.

“Make sure it uses simple clear language, supported by online information and tools. Aim to run induction courses for new joiners as soon as they start and get them to sign up to their pension online so they can access information on their tablets and smartphones.”

Talk to younger employees as soon as possible to get them into the savings habit. Help them recognise that their pension is essentially an extension of their pay and they wouldn’t turn down a pay rise.

It isn’t always easy to reach younger employees. Speaking at the launch of the CBI/Aegon report, Mario Yiannopoulos, easyJet head of reward, admitted there were challenges in reaching out to this group – over 50% of his workforce are millennials.

The typical easyJet employee is a cabin crew member on around £20,000. Younger employees have to juggle financial priorities, often resulting in money being diverted away from pensions for student loans or saving to buy a home. Pensions also have to compete with other financial products such as Save As You Earn (SAYE). “It’s a tough gig – there’s lots of competition for the money,” he concluded.

Kate Smith, head of pensions at Aegon, said: “It’s no surprise that younger people and those on lower salaries are the least engaged with pension saving. Their income is being pulled in all directions so it’s hard for them to see the value of saving into a pension.

“They also tend to view pensions as being for ‘old people’. In reality it’s retirement that is for old people and pensions that are for young people to save into for when they get old.

“Financial awareness and education is essential for younger employees. Any support an employer can provide to help them manage debt, mortgages, savings, budgets alongside their pension will make a big difference to their financial understanding and confidence.”

Financial pressures continue to mount for people aged 30 and above. They are likely to have mortgages or rent to pay, children to support and older children to help through university and onto the job ladder.

Retirement may not be a priority but this is the time when employees should be thinking about how much they can afford to put aside for later life.

Smith advises: “Don’t talk about pensions alone. Try to recognise their other financial commitments and priorities by not limiting your communications and engagement strategies to the workplace pension. Tap into everyday life to make pensions more relevant to your audience.”

It may help to offer something broader that will appeal to their current situation such as managing their finances, how to budget, making the most of their savings, how to invest for the future and financially supporting children, for example. They might then be able to appreciate how their pension fits into the bigger picture.

For the over 50s and those nearing retirement

The easiest group of people to connect with should be those over 50 as they may be starting to think about retirement. But just because they are over 50 doesn’t make them any more likely to have their pension savings on track for their retirement. This is the time when employees really need support.

When an employee turns 50, employers could recognise this milestone by offering a financial health check. At age 50 employees still have time to make up for some of the shortfall they might have in their retirement savings. They need to be reassured at this stage that it’s not too late to make some changes.

Some employers have particular challenges in reaching out to their employees.

For example, many employees in the retail sector work in shops without access to computers in work time, and often, employers don’t have their personal email addresses and can’t text them on their mobile phones. So, it’s often back to expensive paper-based communications but generally, employees really value face-to-face meetings. Staff canteens and kitchens are convenient places to start a pensions conversation. Management briefings are also extremely valuable, and could be a good time to gather contact details.

Financial “hygiene” is just as important as personal hygiene, recommends Joanne Fairbairn, Marks & Spencer’s head of pensions. They may sound absurd, but pensions posters in toilets can also be an effective way to reach people, as can laminated messages on the mirrors above wash basins. The key is not to drown employees in dense prose – light and easy messages work best.

Many firms top up their employees’ contributions and it’s important that you let everyone know about your generosity, if you do so.

Simple messages like the ones they used at M&S really work – previous messages they’ve used include: “For each pound our staff put in the pension plan, we put in £2” and “Do you know there’s a tax-free roll up?”

When pensions are mentioned to disengaged employees, their eyes sometimes glaze over. So don’t just talk about pensions, talk about finance and debt management too. Unless people manage their debt, they’ll struggle to save, or even stay, in the scheme.

The jury is out on the use of video, however. Brian Henderson, Mercer’s UK director of consulting, claims to have had an excellent response from pensions videos with up to a phenomenal 70% of client company staff watching them but not every organisation gets these stellar viewing figures.

Straightforward comparisons work well and resonate with staff such as the example quoted by Andy Flynn, head of DC communications at XPS Pensions Group, who recalls one employee saying: “That’s fine, it’s less than the cost of my mobile each month.”

Flynn adds: “It would be great if an employee’s payslip showed the amount going into their pension each month, not just the deduction.”

Finally, even the best communications can all be wasted if the timing is wrong. “If employers want to achieve real engagement and encourage some action from employees, then timing is important,” says Kevin Shilling of benefits communications specialists Shilling.

“August is a month to avoid, communicate in September, after the holiday period. December is another month to avoid, yet I’m bewildered that essential DC communication, requiring action by 1 January, is sent out to employees to receive alongside Christmas cards and presents!”

Clearly, holidays and pensions don’t mix but if you want your message to land well, it may be an idea to start preparing that September campaign now.