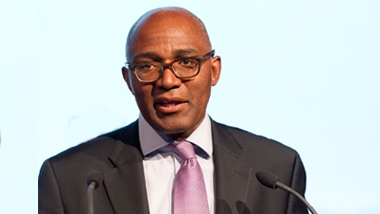 Equality and Human Rights Commission chair Trevor Phillips last night called on businesses to embrace diversity as a key business issue, speaking at the launch of the Employers’ Network for Equality and Inclusion (enei).

At a launch event for the enei at London’s Globe Theatre, Phillips was among a number of speakers who welcomed the creation of the new organisation and highlighted the significance of its role in helping businesses to embrace inclusion.

Phillips said: “Equality and diversity aren’t things that get in the way of business. People who say that aren’t in the day-to-day business of helping to get this economy back on its feet.

“My experience of employers is that they are decent, fair-minded and want their organisations to be a place where anybody can come, work and prosper.”

Phillips highlighted equality and diversity as key talent issues, and suggested that effective handling of these by employers could help to turn around statistics such as those released last week, pointing to almost a million unemployed young people.

He concluded: “It’s not whether we want diversity, but how do we make it real.”

Launching the new network, chief executive Denise Keating said: “Enei aims, as a respected centre of excellence, to inspire others. We’ll do this by supporting employers and sharing best practice, developing pragmatic and innovative solutions for employers. We have strong values and we pride ourselves in being thought leaders and undertaking cutting edge research, and our team is led by respected inclusion experts.”

Keating outlined how the network had introduced new levels of membership in order to make diversity and inclusion more accessible for organisations of different sizes, and also explained how the enei’s broadened remit would enable it to tackle a wider range of topics in its work with employers.

She said: “Our forum is really going to tackle the issues facing us on the diversity and inclusion agenda. We want to look beyond boardroom women and want to develop the agenda much wider and have a much bigger debate. We also want to look at leadership, so having this broad-based offering gives us the opportunity to develop that thinking.”

Keating also welcomed a new chair for the organisation, Harry Gaskill from Ernst and Young, as well as announcing that former Cabinet minister David Blunkett has joined the enei as Patron.