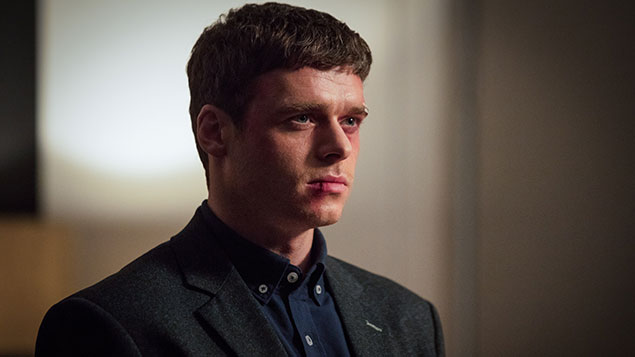 A government minister has blamed film and TV producers for promoting images of former armed forces personnel that may encourage recruiters to reject their applications for jobs.

How to recognise PTSD in the workplace

“It does come from Hollywood and the media,” he told BBC Radio 4’s World at One yesterday. “Absolutely there are some who, for no fault of their own, do require support, later in life and PTSD may incubate. We must be there to support them, we have a debt of gratitude.

“But I’m afraid it’s the way these things are discussed and promoted that’s the issue.”

Ellwood, a former captain in the Army, also said that the charity sector was partly responsible, though obviously its motives were good. He said: “The charity sector is trying to raise money for them, and promotes pictures of those who’ve been injured or disabled.”

Last month, the British Journal of Psychiatry published research that showed that the overall rate of PTSD among current and ex-serving military personnel had risen over 10 years, from 4% in 2004-6 to 6.2% in 2014-16. The chief driver for the increase – and for the 21.9% who experienced common mental disorders – was deployment of personnel to Iraq and Afghanistan.

Seventeen per cent of those who had seen action reported symptoms suggesting PTSD, compared with 6% of those in support roles such as medical, logistics, signals and aircrew. The general rate among the UK population is about 4%.

Graham Brown, managing director of Forces Recruitment Services, agreed with Ellwood that the PTSD issue is exaggerated by the media.

He told Radio 5 Live: “We’ve helped 10,000 service men and women into work over the past 20 years and I can count on one hand those who’ve been affected by PTSD. It makes good drama, but it’s not been my experience.

Military training prepares people. I got through the Gulf War because of it. The training prepared me for that and the aftermath. And the MoD is now much better at diagnosing and offering support” – Graham Brown, Forces Recruitment Services

He said that the Ministry of Defence had become much better at diagnosing and supporting people with the condition. “Lots of people serve the country brilliantly and go on to make amazing employees.”

In the BBC’s Bodyguard thriller, among the depictions of veterans that the minister was referring to, one former soldier says: “You’re not going to put PTSD on your job application are you?”

Brown said he found the series entertaining but unrealistic in that someone with the PTSD symptoms exhibited by David Budd, the main character played by Richard Madden, would have been spotted and never have been allowed to serve the home secretary.

But Brown did say that services personnel were “sometimes very blunt and direct about what they’ve been through and that can cost them in a job interview”.

Brown, a former fusilier in the Army, added: “Military training prepares people for the things they will experience. I got through the Gulf War because of it. The training prepared me for that and the aftermath. And the MoD is now much better at diagnosing and offering support.”

Although the media may play a part in exaggerating fears over veterans and mental health, the impact of active service in Iraq and Afghanistan should not be underplayed, suggested joint author of the PTSD study, professor of psychiatry at King’s College Sir Simon Wessely.

He said: “Our results suggest the risk of mental ill-health is carried by those who have left the service, and that part of the legacy of conflicts on mental health has taken time to reveal itself.”

Veterans’ mental health charity Combat Stress concurred that although PTSD cases among forces personnel had grown, so had the support network and education.

Dr Walter Busuttil, medical director at the charity, said in a podcast for the Royal College of Psychiatrists that on average veterans used to approach the charity 14 years after they have left the service but since the Iraq and Afghanistan wars this was down to two years. This was because education and support had improved and veterans themselves were much better at dealing with their own symptoms.

As with David Budd, however, it was, said Busuttil, veteran’s wives or significant women who often prompted the search for assistance: “Most are on their last chance marching orders from their wife … who insist they try to get help. Interestingly, the level of referrals from other professionals is very low indeed – only 3% from GPs. Sixty percent are self-referred.”