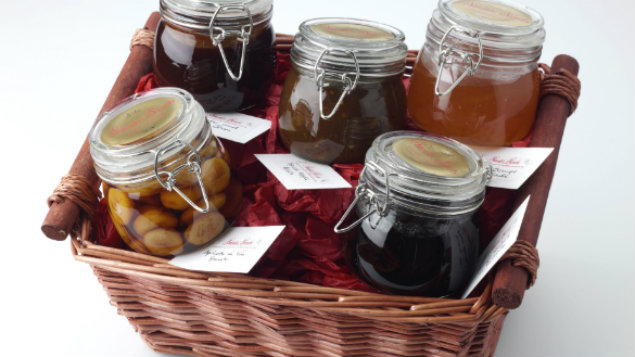 Hampers and similar food gifts are big business at Christmas. The company in this case generates one third of its total annual turnover in the eight weeks from mid-September onwards. Food and Drink/REX/Shutterstock.

An employment tribunal held that a food company employee was fairly dismissed after she refused to do overtime in the run-up to Christmas and complained about being asked to work extra hours, causing discontent among colleagues. Stephen Simpson rounds up recent tribunal decisions.

Christmas and New Year working arrangements 2016/2017: survey
Key findings from our 2016 employer survey on Christmas celebrations, costs and arrangements, including a breakdown by broad sector and organisation size.

A small food company’s busiest period is the eight weeks from mid-September, when it produces and packs goods such as gifts and hampers for Christmas.

Employees’ contracts of employment include a clause requiring them to work extra hours when the business requires.

The company decided to formalise its overtime arrangements, which involved asking employees to choose between four and eight Saturday mornings they could work in September and October.

While the rest of the workforce agreed to work some Saturdays, Mrs Edwards refused to work on Saturday mornings.

Management had a number of “informal chats” with her to explain that, by sharing the workload fairly, the company would be able to meet the demands of the Christmas period.

Mrs Edwards continued to refuse, stating that she spent Saturday mornings with her husband.

She was dismissed following a number of complaints from colleagues about her behaviour, which included that she had mocked those who had agreed to Saturday overtime (for example by boasting that she would be having a lie in on Saturdays).

“…she [the claimant] had been given a contract of employment which said that she may be ‘required’ to work additional hours and she had no legitimate reason for refusing what she accepts was a reasonable management instruction. She just didn’t want to do the work it seems.

The consequences for the respondent had the claimant not been dismissed might have been disastrous. The respondent had been extraordinarily patient…Dismissal was unarguably within the range of reasonable responses to a very difficult situation…”

A key reason for her dismissal was the employer’s belief that a number of other employees would withdraw their agreement to work overtime if Mrs Edwards was excused.

The employer was convinced that her behaviour was having an adverse effect on the workforce and that discontent was spreading. It saw her actions as a growing threat to its ability to fulfil orders.

The tribunal accepted that there were a number of minor flaws in the employer’s procedure.

Despite this, the employment tribunal had no doubt that dismissal was within the range of reasonable responses.

The tribunal found that it was reasonable for the employer to require Mrs Edwards to do some overtime and she had no legitimate reason for refusing.

The consequences for the employer of not dismissing her could have been “disastrous”.

Ex-protection officer awarded £457,664
A firearms officer has been awarded £457,664 in damages after winning a race discrimination tribunal against Cleveland Police, reports the Northern Echo.

Man wins £6,822 in employment tribunal case
A man who was told he should “go and find a job at B&Q” has won £6,800 in a case against his ex-boss, according to the East London & West Essex Guardian.