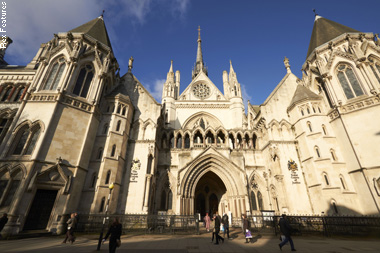 This week saw two significant age discrimination cases reach the Supreme Court, both of which involve issues that employers need to be aware of. The cases are now the leading authorities for age discrimination.

Seldon concerned a partner at a law firm that had a policy of retiring partners at the age of 65. Mr Seldon was required to retire at 65 in line with this policy and claimed that this amounted to direct age discrimination.

The employment tribunal found that the policy was justified, and that it was a proportionate means of achieving aims relating to opportunities within the firm and employee turnover.

However, the Employment Appeal Tribunal (EAT) held that the tribunal had not considered whether or not these aims could have been achieved by a retirement age other than 65 and remitted the case to the tribunal to consider this point.

After the Court of Appeal dismissed Mr Seldon’s appeal, he appealed to the Supreme Court, which subsequently dismissed his appeal.

The implications of Seldon for employers are:

The case has led some commentators to suggest that the decision has left the door open for employers to set their own retirement ages. However, the Chartered Institute of Personnel and Development (CIPD) has advised that this is not the case and, instead, warned employers to remember the business benefits of recruiting, retaining, engaging and motivating a diverse workforce.

CIPD diversity adviser Dianah Worman said: “The main messages to be taken are the difficulty of providing well-evidenced reasons to justify the retention of a retirement age and the importance of good performance management to safely dismiss a person fairly on the basis of capability rather than their age. Since the removal of the default retirement age came into force, most businesses have dealt with the banning of compulsory retirement without skipping a beat, and there is significant evidence of good practice delivering real business benefits.

“The CIPD has consistently argued that compulsory retirement should only be implemented in exceptional and well-evidenced circumstances, which should be applied across all forms of employment.

“For business, labour-market economics and societal reasons, employers should not interpret the Seldon judgment as an indication that maintaining a retirement age is an easy or desirable option. On the contrary, we believe it points to the legal complexities of stacking one up when challenged. Good performance management is the way forward and employers need to bite the bullet on this.”

Homer, meanwhile, offers its own guidance for employers. The case concerned a worker at the Police National Legal Database (PNLD) who began working there before a degree was required for a particular position (skills and experience were considered sufficient, together with a lesser qualification).

However, in 2005, a new grading system was introduced at the PNLD, meaning that a law degree or similar was required in order for employees to achieve promotion to particular grades in the organisation. Therefore, when Mr Homer attempted to apply for a promotion to the highest grade, his application was rejected due to his not holding a relevant degree.

He complained that he was therefore unable to obtain the degree required to achieve promotion before the time he was due to retire.

The Supreme Court held that the PNLD’s degree requirement for promotion was indirect age discrimination, but sent the case back to the employment tribunal to decide whether or not the PNLD’s actions were justified as a proportionate means of achieving a legitimate aim.