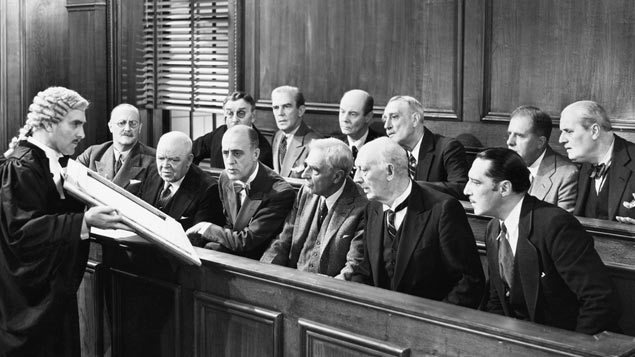 It is important to have the right documents available at the right time.

There is often much more to whether companies win or lose employment cases than the pure legal merits of the case. Natasha Adom offers some hints and tips to increase the chances of winning.

1. They are not likeable

When a legal case could be successfully argued both ways (which is often the case in claims that go to a full hearing) judges will naturally side with who they believe is the “good guy”. So what can you do to improve your likeability factor?

Practical guide: How to respond to an employment tribunal claim

Task: Decide whether to fight or settle a tribunal claim

Firstly, do not try to argue the unarguable. If there is something that paints you in a bad light but is not legally important in your case (for example, dismissing an employee just before Christmas or in an insensitive manner), it is generally best to admit early on that this could have been handled in a better way.

Likewise, while it might be frustrating, always try to be the reasonable party in your written communications, rather than getting drawn into unnecessary arguments.

2. They lose or destroy the evidence

You are less likely to win if you lose, destroy or fail to preserve relevant evidence.

Not only could you lose vital evidence which could have helped you win the case, but if a judge thinks you have destroyed or lost relevant documents they will be less likely to believe you and will be more likely to give the other side the benefit of the doubt.

In particular, beware of losing evidence by mistake.

Where you have an employee under suspicion, by just opening files on their laptop or computer you could lose information about how the device was used which might have helped your case (this could be information about which documents had been recently accessed on the device).

Consider whether or not you need to get the device “imaged” (this is where a forensic IT company takes a snapshot of the device before it is accessed by anyone else). This is particularly relevant if you might later be considering an injunction application or litigation.

Once you know of a claim you must not destroy potentially relevant documents. Any automatic document destruction process, where emails or documents are automatically destroyed after a certain period of time, must be suspended.

Also keep your eyes out for anyone trying to destroy evidence.

Experts can retrieve a significant number of files from a hard drive even where attempts have been made to destroy them: if the court thinks you have tried to destroy evidence, this will seriously damage your credibility and chances of winning.

3. They do not have the right documents in place at the right time

You should review the key contemporaneous documents before you finalise any court documents.

Judges attach great weight to contemporaneous documents. If it later transpires that these contradict what you have said this will damage your credibility.

As part of the court process you will need to locate and send the other side all relevant documents, (referred to as “disclosure”).

If a court believes you have not done this properly, it may think you have something to hide. It can also order you to disclose specific documents and make you pay any costs the other side has wasted because you did not do this properly the first time.

4. They encounter problems with witnesses

Even the strongest case in the world can unravel on the witness stand. Witnesses can be badly prepared, suffer from stage fright or verbal diarrhoea, so that their answers stray off the point undermining your case.

Therefore, it is crucial to ensure witnesses are properly prepared to give evidence. This includes ensuring that they know the documents, are clear on their role when giving evidence and are familiar with the court process.

It will also help them come across as being helpful, credible and competent when giving evidence.

Witness training (including a mock cross-examination) is increasingly common to ensure witnesses are properly prepared.

Sometimes, those involved may not care about the claim: perhaps due to lack of time or feeling that the case won’t actually go ahead.

However, it is crucial that they understand how important it is to invest time early on in recalling the relevant details and locating documents.

This will ensure you present a consistent account from the defence, through to disclosure, witness statements and finally at trial.

Indifference could lead to inconsistencies and can ultimately affect whether you win or lose.

Careful and thoughtful planning and preparation can mean the difference between winning and losing. While it is difficult to overcome the fundamental legal merits of a claim, a strong case can unravel without proper preparation and a weaker case can be made significantly stronger with it.

Natasha Adom is a senior associate at GQ Employment Law.
View all posts by Natasha Adom →
Previous Article
Next Article