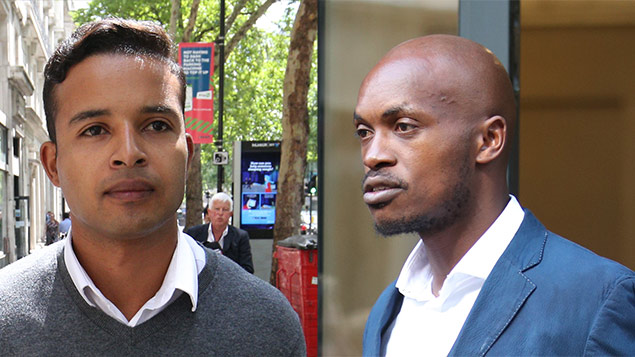 Two former British soldiers have won a race discrimination claim against the Ministry of Defence.

A judgment ruled that former paratroopers Nkululeko Zulu and Hani Gue had been victims of racism after someone drew a swastika, a Hitler moustache and a racist remark on photographs of the men attached to Gue’s door.

Consultation on harassment in the workplace

The men said they had faced years of harassment, including that the barracks were decorated with Nazi flags, although the tribunal ruled this claim inadmissable.

A written judgment said: “The conduct was unquestionably unwanted; the graffiti in question was of the most unpleasant nature, set out on Mr Gue’s personal photographs and was racially highly offensive.”

Judge Baty said the graffiti was “unquestionably related to race”, and the tribunal was asked to consider the steps the MoD had taken to prevent such actions from happening.

Zulu and Gue, who served with the 3rd Battalion (3 Para) at Melville Barracks in Colchester, now intend to seek compensation.

The judgment added that although it was not known who had posted the graffiti, the simple carrying out of the act “was so unpleasant that it can only have been done with the purpose of violating the claimants’ dignity and creating an intimidating, hostile, degrading, humiliating and offensive environment for them”.

Amy Harvey, of Banks Kelly Solicitors, who represented the men, said: “The claimants have succeeded in establishing their claim against the MoD that they suffered racial harassment during their time in the Army and that the MoD did not take all reasonable steps to prevent such harassment.”

In a statement, the MoD said “We note the decision of the tribunal today. As a modern and inclusive employer, the Armed Forces do not tolerate unacceptable behaviour in any form.

Air Chief Marshal Michael Wigston published his review of armed forces culture in July, recommending new measures to stamp out discrimination, bullying and sexual harassment. These include routes to lodge anonymous reports of inappropriate behaviour, mandatory diversity and inclusion training and a harassment survey to track data on culture change.