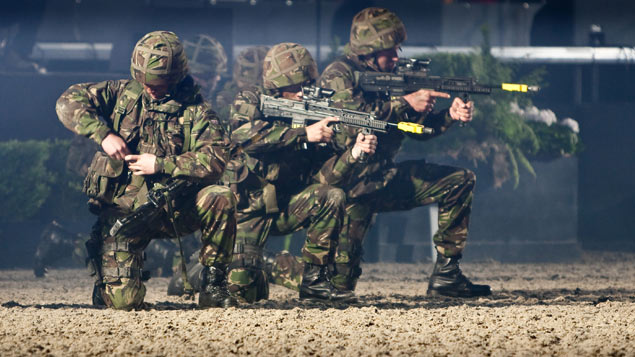 New measures to stamp out the discrimination, bullying and sexual harassment in some areas of the armed forces have been unveiled by the Ministry of Defence.

In April the then defence secretary Gavin Williamson commissioned Air Chief Marshal Micheal Wigston to write a review into inappropriate behaviour in the military. It followed repeated instances of inappropriate and allegedly unlawful behaviour, including an alleged sexual assault which led to the arrest of six soldiers.

The Wigston review found an “unacceptable level” of inappropriate behaviour in the UK Armed Forces and a “sub-optimal” system for dealing with it.

Working in the armed forces

The review says the “new generation” of armed forces personnel are led by a “pack mentality of white, middle-aged men, especially in positions of influence whose behaviours are shaped by the armed forces of 20 years ago”.

While the perpetrators’ behaviour is rarely considered to be malicious – rather “perpetuated by a lack of understanding and education” – it finds language towards minority groups can often be inappropriate and offensive.

“This behaviour harms people, damages our reputation and almost certainly impacts our ability to attract and retain the talent we need.”

Twelve per cent of respondents to the Armed Forces Continuous Attitude Survey 2018 said they had been subject to bullying, harassment or discrimination in the preceding 12 months, but only 6% made a formal complaint.

The most common reasons why service personnel did not speak up about inappropriate behaviour included not believing anything would be done (63%); thinking it would adversely affect their career (50%); and not wanting to use the complaints procedure (30%), which the report says demonstrates a lack of trust in the complaints process.

In response to Wigston’s report, the MoD said it would overhaul its complaints system so that the most serious allegations are investigated quickly and, where appropriate, outside the chain of command.

Around a quarter of complaints made to the Service Complaints Ombudsman in 2018 were about bullying, harassment or discrimination, while BAME people were overrepresented in the complaints system for the third consecutive year. Twenty-three per cent of complaints were from women, despite making up just 11% of the armed forces.

There was also a significant increase in the number of sexual offences investigated by the Service Police: 153 investigations were carried out in 2018, resulting in 21 people being found guilty of 30 offences. The majority of those convicted were males from lower ranks, with junior women making up the majority of victims.

Mandatory diversity and inclusion training is to be be introduced, while a new harassment survey in 2021 will track data on the culture change across the MoD.

Defence secretary Penny Mordaunt said: “Whether it is crude comments, discriminatory treatment, or even offences of a sexual nature, inappropriate behaviour has no place in society, let alone in our armed forces.”