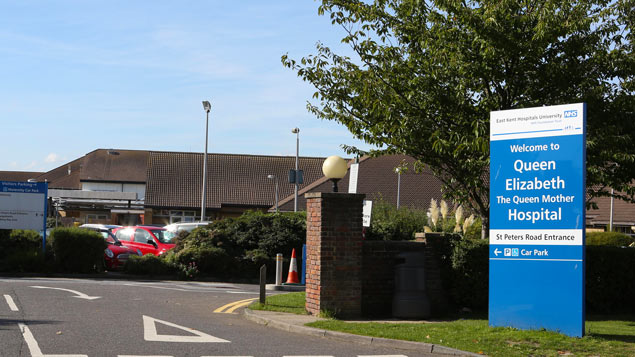 A letter that gives one month’s notice should not automatically be interpreted as a letter of resignation, an employment appeal tribunal judgment has confirmed.

Levy had been offered a new job in the radiology department and had submitted a letter to her manager giving “one month’s notice”. She had experienced difficulties with another colleague and had been spoken to by the trust’s operational manager, Mr Gorton-Davey, about her absence record. However, she had worked in the records department for around 10 years, since March 2006.

How to handle an employee’s resignation

Having become unhappy with her position, Mrs Levy on 10 June 2016 successfully applied for a role in the radiology department – subject to pre-engagement checks. This came shortly after an incident with another employee. Her letter to Gorton-Davey stated: “Please accept one month’s notice from the above date”.

Gorton-Davey responded on the same day: “Thank you for your letter … in which you tendered your notice of resignation. It is with sincere regret and disappointment that I accept your notice of resignation. I can confirm that your last day of work within Health Records will be Friday 8 [July] 2016. I would like to [take] this opportunity in thanking you for your hard work, dedication and contributions to a highly successful team over the years, and I wish you every success with your future employment.”

On 16 June, Levy’s offer for a role in the trust’s radiology department was withdrawn. This was “unofficially” due to her sick leave record. The claimant tried to retract her notice, but Gorton-Davey refused (after taking advice from HR) and wrote to her to confirm the date of termination, addressed the issue of outstanding annual leave entitlement and completed a staff termination form.

He wrote: “It is with regret that I cannot accept your request and as a result, your last day of work with us will be on Sunday, 10 July 2016. I also need to inform you that due to the number of days annual leave taken already this financial year, the Trust will be looking to recover 88 hours of pay from you.”

Levy subsequently brought a claim of unfair dismissal. In April 2017, the employment tribunal found in favour of the claimant and held that she had been unfairly dismissed by the trust.

The trust argued that the words used by the claimant in her letter giving notice were unambiguous, but this argument was rejected by the tribunal because the letter could have been either a notice of intended transfer or a notice of termination. The tribunal concluded that the letter would lead the reasonable observer to agree that the claimant was not terminating her employment but notifying her manager of her intention to accept the offer.

The tribunal also considered the context of Levy’s letter in that she was unaware that her employment history might adversely affect the conditional offer and that she needed to work to support herself and her family and to assist in caring for her father.

East Kent Hospitals University NHS Foundation Trust appealed but without success. At the EAT, Judge Eady said: “…once it became apparent that the offer of a position in the Radiology Department had been withdrawn, and the claimant was seeking to withdraw her notice of departure from Records, the respondent’s position was that the claimant’s employment must come to an end.

“Given its findings of fact, however, I do not consider the [employment tribunal] erred in finding that this, in context, amounted to a dismissal and not simply the acceptance of a resignation.”

Describing the case, Howes Percival employment law partner Graham Irons said: “While the circumstances of this case are quite unusual, disputes often arise over ambiguous resignations.

“This case serves as a reminder to ensure clarity whenever an employee resigns or offers to give notice to resign. Employers should always seek to understand why the employee is resigning, the notice they are giving and clarify when the employment will end.”