Job automation: more than half of workers will need reskilling by 2022 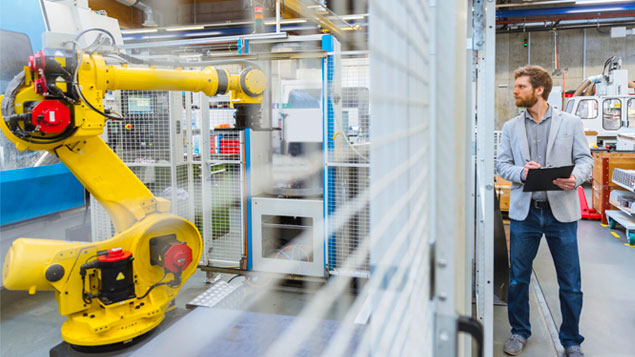 More than half (54%) of the workforce will need reskilling in the next five years as emerging technologies such as artificial intelligence (AI) take over a significant proportion of current jobs.

According to the World Economic Forum (WEF), organisations need to act now to re- or upskill workers in the industries that are particularly at risk of job displacement – including travel and tourism, mining and metals and financial services – in order to take full advantage of the opportunities the “Fourth Industrial Revolution” presents.

HR tech: are we entering the era of the workplace ‘co-bot’?

Klaus Schwab, founder and executive chairman of the WEF, said: “It is critical that business take an active role in supporting their existing workforces through reskilling and upskilling, that individuals take a proactive approach to their own lifelong learning, and that governments create an enabling environment to facilitate this workforce transformation. This is the key challenge of our time.”

WEF’s Future of Jobs 2018 report said that employers felt more positive about the effect job automation would have than they did in a similar study in 2016, because they now had greater understanding of the opportunities AI offers.

It estimated that 133 million jobs would be created by AI globally by 2022, while 75 million would be displaced, resulting in a net increase of around 58 million roles.

The report predicted that 42% of tasks would be performed by machines by 2022, compared with almost 29% today. Yet, 38% of the 300 organisations that took part in its survey expected to increase their headcount.

Among the roles thought likely to undergo increasing demand across all industries as technology developed were data scientists, application and software developers and e-commerce and social media specialists.

Roles that utilised distinctly “human” skills, such as sales and marketing professions and customer service staff, were also expected to be sought after.

There was also likely to be a shift in the format, location and permanency of the roles on offer, with the WEF suggesting that organisations would increase their use of contractors for specialist work and engage more workers on flexible contracts.

To address the changing needs of organisations, the report suggested that governments needed to look at raising both technical and “soft skills” among the future workforce through the education system. They were also encouraged to consider social policies that supported lifelong learning to increase opportunities for those set to be displaced.

Co-founder of LinkedIn Allen Blue said: “Knowing which occupations are growing and declining globally is a starting place for policymakers, educators, and employers to start conversations on how to transition the global workforce to the jobs and skills of tomorrow.

“To help people connect to economic opportunity on the individual level, it’s important to map and understand today’s labour market dynamics at scale.”

Mike Guggemos, CIO at IT firm Insight, said concerns about job automation were misplaced as technology was limited in what it could accomplish. It would instead give people the opportunity to move into higher-skilled roles, while technology undertakes more routine tasks.

“A lot of these new jobs will be centred around understanding and managing the technology, as the limitations of machine-learning means it needs human wisdom to guide it,” he said. “For example, automating a business process like parsing a legal contract requires somebody to set up and coach the technology until it can do its tasks on its own.

“During this implementation period, the person involved develops valuable new skills in AI which can be translated over to other areas where businesses want to use AI and can be used to manage a ‘team’ of AI bots.”