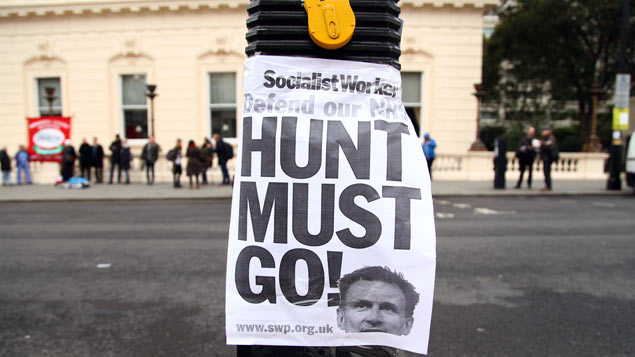 The Department of Health will impose a new contract on junior doctors in England, it has been announced.

The decision comes after a final offer was rejected by doctors’ union the British Medical Association (BMA) – a “take it or leave it” deal that included some concessions on Sunday working.

Can the employer make the change unilaterally?

This morning, junior doctors concluded a second 24-hour strike in its long-running dispute with the Government, which wants to introduce seven-day services across the NHS.

The strike led to the cancellation of almost 3,000 routine operations and treatments, according to the Government.

The final deal offered would have seen those working at least one in four Saturdays get extra pay for each one they work. This was a more generous offer than the previous proposal, which set the bar at one in three.

It also proposed increasing fines for trusts who over-worked doctors, and raising levels of “extra pay” for those medics who work very long hours.

Chief negotiator Sir David Dalton, chief executive of Salford Royal Hospital, said in a letter to the Government that it should do “whatever was necessary” to end the deadlock between the Department of Health and employees.

It’s thought that, because junior doctors tend to rotate through jobs regularly, they will move onto the new contracts in their next rotation.

This could mean that, in six months, around 80% of medics would be on it.

However, there is a risk that junior doctors will protest against the enforced terms and conditions by not signing the new contract, or resigning en masse.

Health secretary Jeremy Hunt said the following terms would be in the new contract:

Hunt said the new terms would bring “substantial improvements both to patient safety and doctor wellbeing”, and that this would mean the equivalent of a 13.5% increase in basic salary, up from the initial proposal of 11%. He claimed the new contract would mean a “take home pay rise” for around three-quarters of doctors.

Dr Johann Malawana, junior doctor committee chair of the BMA, said the decision represented a “total failure” on the part of the Government.

“Instead of working with the BMA to reach an agreement that is in the best interests of patients, junior doctors and the NHS as a whole, the Government has walked away, rejecting a fair and affordable offer put forward by the BMA,” he said. “Instead it wants to impose a flawed contract on a generation of junior doctors who have lost all trust in the health secretary.”

“Junior doctors already work around the clock, seven days a week and they do so under their existing contract. If the Government wants more seven-day services then, quite simply, it needs more doctors, nurses and diagnostic staff, and the extra investment needed to deliver it.”

Dr Johnny Marshall, director of policy, NHS Confederation said: “It is disappointing that the contract negotiations have not reached an agreed solution.

“An engaged clinical workforce is critical for the NHS to deliver the best care to patients. Following today’s announcement it is important that non-pay related concerns raised by junior doctors particularly around training and morale are addressed.”