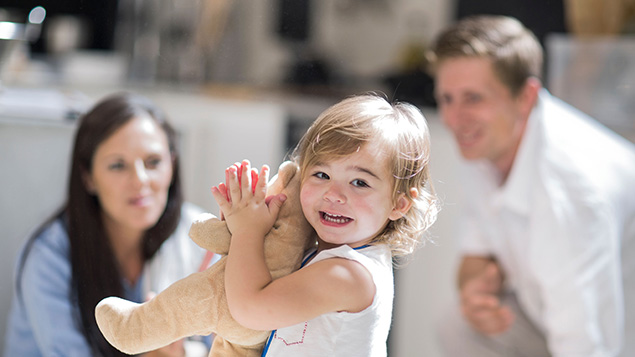 The Government has launched a campaign to promote shared parental leave after pitiful take-up of the policy.

According to figures from the Department for Business, Energy and Industrial Strategy, of around 285,000 couples who are eligible for the right, introduced in 2015, potentially only 2% have used it.

Letter explaining to employees the right to shared parental leave

Letter explaining to managers the right to shared parental leave

The campaign, backed by a £1.5 million investment, encourages couples to ‘Share the joy’ of parenting.

The Government will use digital advertising and social media as well as adverts in train stations and on commuter routes. It has also launched a new website to provide further information and guidance.

Under shared parental leave, mothers can commit to ending their maternity leave and pay at a certain date, and their partner can share the untaken balance of leave. Parents can share up to 50 weeks of leave, or share up to six months’ off together.

Business minister Andrew Griffiths said: “Shared parental leave gives choice to families. Dads and partners don’t have to miss out on their baby’s first step, word or giggle – they can share the childcare, and share the joy.

“Employers can reap the benefits too. We know that flexibility in work is proven to create happier, more loyal and more productive workforces.

“Providing truly flexible employment options is a key part of the Industrial Strategy, the Government’s long-term plan to build a Britain fit for the future by helping businesses create better, higher-paying jobs in every part of the UK.”

According to a survey last year by charity Working Families, a quarter of fathers didn’t know about the right.

The charity’s chief executive Sarah Jackson explained that many fathers that would like to use the right were either not eligible for it or decided against it because they were only offered the minimum statutory rate of £140.98 per week.

Jackson said: “The Government’s drive to raise awareness amongst parents about the scheme is a step in the right direction.

“Many fathers are excluded from the scheme because they haven’t been in their job for long enough. The Government should make SPL a day one right for fathers in the same way that maternity leave is for mothers and extend the scheme to self-employed parents.

“Of those fathers who said they wouldn’t use the scheme, more than a third said this was because they couldn’t afford to. Those employers that can afford to should go beyond the minimum pay for SPL.

“But if the Government is serious about equality at work and tackling the gender pay gap, it should consider also introducing a properly paid, standalone period of extended paternity leave for fathers.”