By Laura Chamberlain on 15 May 2012 in Employment law, Equality & diversity, Bullying and harassment 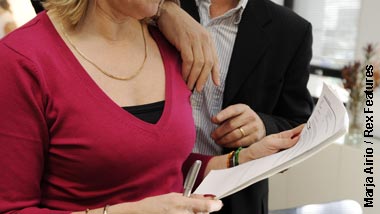 The Government has today launched a consultation on plans to repeal provisions in the Equality Act 2010 that make employers liable for the harassment of their staff by a third party.

Under the Act, employers can be held liable if a third party harasses one of their employees and the organisation has failed to take reasonable steps to prevent it.

The Government announced in March that it would consult on removing the “unworkable” requirement as employers have “no direct control” over the harassment of their staff by third parties.

It estimates that the repeal of the provisions could save businesses up to £300,000 per year.

Home secretary Theresa May commented: “Bureaucracy and prescription are not routes to equality. Overburdening businesses benefits no one and real change doesn’t come from telling people what to do. Today’s announcement strikes the right balance between protecting people from discrimination and letting businesses get on with the job.”

However, Bar Huberman, employment law editor at XpertHR, warns that employers will still need to put in place measures to prevent third-party harassment if the provisions are repealed.

“While the Government’s proposals to repeal the third-party harassment provisions under the Equality Act 2010 may be welcomed by some employers, there is still potential for employers to be liable where an employee is harassed by a third party, for example where the employer has control over the third party or the employee makes a personal injury claim.

“Therefore, employers should still put in place means for employees to raise concerns about third-party harassment and raise awareness among third parties that they will not tolerate harassment of their employees.”

The Government also announced a consultation on the repeal of provisions in the Equality Act 2010 that prescribe questionnaires for an individual who thinks that he or she has been discriminated against to use to gather information.

Director for employment at the CBI Neil Carberry said that employers would be broadly pleased about the consultations.

“However, it is disappointing that the Government has not had the courage to take bureaucratic and ineffective rules on gender pay reporting and dual discrimination off the statute book. This sends mixed messages to employers,” he added.