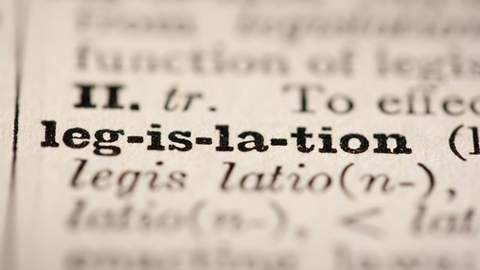 The Government has announced its intention to amend the Enterprise and Regulatory Reform Bill to remove the two-year qualifying period for unfair dismissal where the alleged reason for dismissal is political opinion or affiliation.

The move follows the European Court of Human Rights’ (ECHR) decision in the case of Redfearn v United Kingdom.

The case involved a bus driver’s dismissal after he was elected as a local councillor for the British National Party. The ECHR said it was a breach of his human rights to not have the opportunity to claim unfair dismissal due to being sacked for his political opinion.

The bus driver was not able to bring the unfair dismissal claim since he did not have the required one year’s service (which has since been increased to two years).

The Government has confirmed it will not appeal the ruling, and will amend legislation to comply with the ECHR’s decision.

In a ministerial statement, employment relations minister Jo Swinson said: “Having considered the judgment, the Government has decided not to appeal this decision. To bring our legislation into line with the ruling, we have tabled an amendment to the Enterprise and Regulatory Reform Bill, currently before the House of Lords.

“This amendment exempts claimants who allege that their dismissal was on the grounds of political opinion or affiliation from the two-year qualifying period.”

Stephen Simpson, XpertHR senior employment law editor, said the decision could lead to an increase in claims: “Employment tribunal claims for dismissals involving political opinions tend to lead to religion or belief discrimination claims – for which there is no qualifying period – under the ‘philosophical belief’ heading.

“Employers will have to show that any dismissal for political opinions falls within the ‘range of reasonable responses’. Cases are likely to revolve around the conflict between the employee’s views, which shouldn’t conflict with the rights of others, and the employer’s values and reputation. For example, dismissals for belonging to an extremist organisation will remain a fair reason for dismissal.”