Grandparental leave: the next big thing? 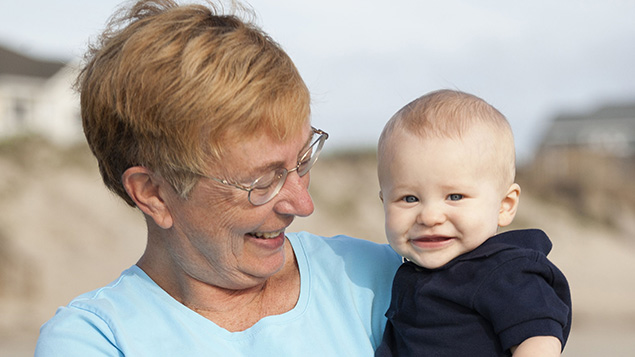 David Cameron has indicated that he could look at plans to allow parents to transfer part of their family-friendly leave to grandparents. Liam Lane, solicitor at Brodies LLP, looks at the potential for extending family-friendly rights to cover grandparental leave.

Prior to 30 June 2014, the right to request flexible working was restricted to mothers, fathers, adopters, guardians and foster parents (and their partners), meaning that the majority of grandparents were not eligible.

Since 30 June 2014, however, virtually all employees (provided they have 26 weeks’ continuous service) have been entitled to make a flexible working request. Flexible working comes in many forms – including part-time hours, flexitime, working from home and term-time working – and it seems that it could help at least some grandparents participate in caring for their grandchildren.

There are limitations to the right, however, which means it might not suit all grandparents. In particular, there is no automatic entitlement to be granted flexible working. An employer can refuse a request on a number of grounds, such as the burden of additional costs or the inability to reorganise work between existing staff. Granting a request also amounts to a contractual variation of an employee’s terms and conditions, and some grandparents may be put off by the potential permanence of such a move.

Shared parental leave is available to parents of children expected to be born on or after 5 April 2015 (or adopters having a child placed for adoption with them on or after 5 April 2015. This allows a child’s mother to shorten her statutory maternity leave, so that the child’s other parent can share the balance of the leave (with similar provisions applying to adoptive parents).

It seems possible that this system could be extended to allow grandparents to share the leave. This could help grandparents who wish to take over the care of a baby or recently-adopted child, in order to allow the parents to return to work as soon as possible.

A common concern about the new system, however, is that sharing leave is complicated to organise in practice (particularly if the child’s parents have different employers). Increasing the number of people who are entitled to a share would confuse matters further. In addition, the system might not be appropriate for grandparents who wish to contribute to their grandchild’s care but are unwilling to reduce the amount of leave available to the child’s parents.

Another possibility is to extend the existing system of “ordinary” parental leave (which is unrelated to shared parental leave) to cover grandchildren. Qualifying employees who have parental responsibility for a child receive a “bank” of 18 weeks’ unpaid leave, which they can use up until the child’s 18th birthday.

A possible issue with extending the system, however, is that parents are currently granted 18 weeks’ leave per child. Employers may therefore have concerns that grandparents with large families would gain a large amount of leave.

Grandparental leave: approaches in other countries

Grandparents in Russia and Bulgaria are already able to take parental leave.

It remains to be seen whether or not a new right to grandparental leave will be introduced. Given the UK’s ageing workforce, however, it seems probable that the debate will remain.

This article was originally published on 19 August 2014. It was updated on 12 June 2015 following indications that the Government could look at introducing grandparental leave.

Liam Lane is a senior solicitor in the employment team of Brodies LLP.
View all posts by Liam Lane →
Previous Article
Next Article

2 Responses to Grandparental leave: the next big thing?