Religious dress in the workplace: five key employment cases from the UK 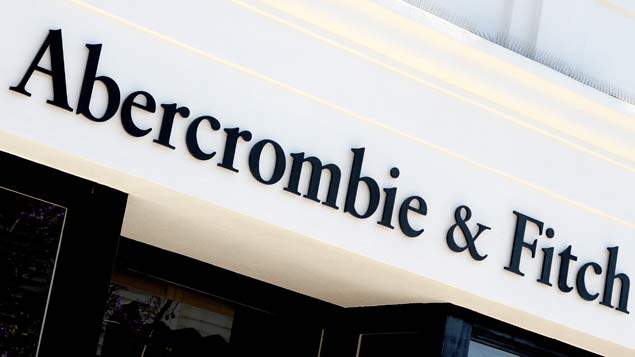 Abercrombie & Fitch's "look policy" was found to be discriminatory. Photo:REX

The US Supreme Court has found that Abercrombie & Fitch committed religious discrimination when it rejected a Muslim woman’s job application because she wears a headscarf. Stephen Simpson rounds up five similar examples of cases related to religious dress in the UK.

Religious dress in the workplace

In Equal Employment Opportunity Commission v Abercrombie & Fitch Stores Inc, the US Supreme Court upheld a job applicant’s claim after she was rejected because her headscarf did not match the retailer’s style.

Samantha Elauf is a Muslim who wears a headscarf because of her devout religious beliefs. The company’s dress code, which has since been changed, prohibited employees from wearing “caps”.

Ms Elauf successfully argued before the US Supreme Court that Abercrombie & Fitch’s “look policy” discriminated against her.

We examine a number of religious dress-related cases in the UK.

In this case, the Employment Appeal Tribunal (EAT) dismissed an appeal against an employment tribunal decision that there was no religious discrimination against a Muslim interviewee. She was asked by an interviewer about the potential for her unusually long religious dress to provide a trip hazard.

Ms Begum wears a jilbab, a dress that covers her body from neck to ankle. While discussing the need to wear non-slip shoes, one of the interviewers had noticed that the jilbab was covering Ms Begum’s shoes and touching the floor.

This case has some similarities to the US Abercrombie & Fitch case.

Niqab Veil worn by some Muslim women, leaving only the eyes visible.

Turban Headwear created by cloth being wrapped around the head, commonly associated with Sikhs.

Kangha Wooden comb that some Sikhs wear in their hair.

Kara Steel bangle worn on the wrist by some Sikhs.

Mangal sutra Necklace worn by many married Hindu women, in addition to a wedding ring.

A retailer with branches on Oxford Street and in Piccadilly forced a Muslim employee who came to work wearing a headscarf to resign because it wanted to retain its “trendy” image.

Ms Farrah, who worked part time for a retailer that sells suitcases, is a Muslim, but does not normally wear religious dress.

After she began wearing a headscarf at work, she was moved from working at the Piccadilly store, which “caters for a higher class of customer”, to the Oxford Street store, which was “less pleasant” for her (for example, she was required to clean shelves).

Ms Farrah resigned after she was threatened with redundancy, despite a later increase in the workforce. She said she was given the option of resigning immediately with a good reference, or being dismissed “the formal way” and without a reference.

However, the tribunal went on to uphold Ms Farrah’s unfair dismissal claim, concluding that she was either actually or constructively dismissed after being given a clear indication that she had no future with the company.

3. No religious discrimination against teaching assistant who refused to remove veil while teaching

In this well-known employment case, the EAT held that the employer did not unlawfully discriminate against Mrs Azmi, a teaching support worker, by refusing to allow her to wear a veil in the classroom.

The employer had evidence that the children did not engage as well with Mrs Azmi when she was wearing her veil as when she was not, and that it impacted on her effectiveness in the role.

The EAT held that, although the refusal to allow the claimant to weir a veil amounted to indirect discrimination, it was justified in the circumstances.

4. Suggestion that toy helicopter be landed on employee’s turban was harassment

Religious dress in the workplace: a change to the law

In this unusual case, the claimant successfully argued that a colleague’s prank involving a radio-controlled toy helicopter and his turban constituted religious harassment.

Mr Bal is Sikh and wears a turban. A radio-controlled toy helicopter was being flown around the office and being landed on various flat surfaces. Someone suggested that the toy helicopter be landed on the claimant’s turban.

The claimant brought a claim for religion or belief discrimination for various alleged incidents, including the toy helicopter incident.

The employment tribunal upheld the claim, considering that an individual’s wearing of a turban is inherently connected with religion and, regardless of the intentions of the alleged harasser, the actions were discriminatory.

In this well-publicised case about religious jewellery, the European Court of Human Rights (ECHR) held that, in failing to protect Ms Eweida’s desire to manifest her religion by wearing a visible cross at work, the UK breached her human rights.

The ECHR held that a fair balance had not been struck between “Ms Eweida’s desire to manifest her religious belief” by wearing a visible cross and “the employer’s wish to project a certain corporate image”.

In the case of Chaplin, which was joined with Ms Eweida’s case in the ECHR, a hospital introduced a policy that forbade employees from wearing necklaces. Ms Chaplin was asked to remove her cross and a dispute with the employer arose.

The ECHR held that the reason Ms Chaplin was asked to refrain from wearing her cross was the protection of health and safety on a hospital ward, and the employer’s policy that denied the employee from a wearing a cross was found to be proportionate means to achieving the legitimate aim of protecting health and safety, which took precedence over the right to wear a religious symbol.