By Daniel Isaac and Christina Morton on 12 Jun 2015 in Collective redundancy, Redundancy 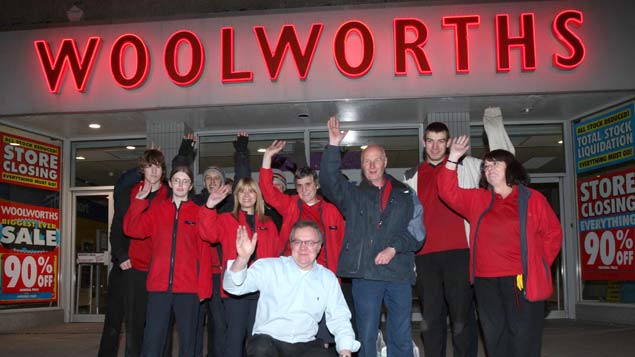 The recent decision in the landmark Woolworths case may have come as a relief to employers, but Daniel Isaac and Christina Morton argue that it leaves us with an arbitrary system when it comes to deciding when the collective redundancy consultation duty applies.

The European Court of Justice (ECJ) recently dashed the hopes of thousands of former employees of the Woolworths and Ethel Austin retail chains who were hoping for protective awards from the employment tribunal.

It confirmed that, when counting the number of redundant employees across multiple sites for the purposes of collective redundancy consultation, each of the employer’s “establishments” must be looked at separately.

Good practice: Informing and consulting during a collective redundancy process

What is an “establishment”?

Collective consultation, which involves consulting with employee representatives over a period of up to 45 days before redundancies can take effect, is only required when an employer proposes to make 20 or more people redundant over a 90-day period at any one “establishment”.

Failure to comply with this requirement could expose the employer to a protective award of up to three months’ pay for each affected employee. For a large employer such as those involved in this case, the cost of non-compliance can run into millions of pounds.

The ECJ, however, confirmed in Usdaw and another v Ethel Austin Ltd (in administration) and others Case C-80/14 ECJ  that “establishment” means the part of the undertaking or business to which the employee is assigned.

It is not necessary for an establishment to include managers who can independently decide whether or not to make redundancies, or for it to have any kind of autonomy, economic, administrative or otherwise.

The ECJ’s ruling now means that only employees in the larger shops where 20 or more people were employed were entitled to be consulted collectively.

The remaining employees, who had been hoping for protective awards after the UK courts seemed receptive to the argument that the “establishment” was all the shops taken together, came away empty-handed.

The ECJ’s decision clearly limits the number of situations in which collective redundancy consultation is needed.

This will come as a relief to employers, who find the rules onerous and difficult to apply, particularly where redundancies are a response to a sudden downturn in business that calls for a speedy reaction.

Employers making large-scale redundancies, or business closures where there are many smaller business units or establishments to which employees are assigned, will be the particular beneficiaries.

Some further clarification from the Court of Appeal on the question of the meaning of an “establishment” in a UK context will follow, but the fundamental principle will not be affected by further rulings in the UK courts.

Employees and their representatives will be concerned not only about this curtailment of collective employment rights, but with the seemingly arbitrary way in which those rights are distributed.

The ECJ’s reasoning is based on the wording of the Directive and the need to create a consistent system of collective redundancy consultation across the member states of the EU.

But regardless of its logic, the judgment has shone a spotlight on the way in which EU law in this instance creates an inconsistent and unfair system in practice.

When a company such as Woolworths makes a central decision to close all of its outlets, why should the entitlement of staff to be collectively consulted depend on the size of the shop in which they happen to be working when redundancies are announced?

There is no doubt that, in some instances, the requirement for the employer to enter into dialogue with employee representatives before implementing dismissals can have the effect that jobs are saved. The Woolworths case was unusual in that it involved the wholesale closure of a business and it is debatable how much difference collective consultation would have made to the outcome.

But the more typical case is one in which there is a real discussion to be had about how the number of dismissals can be minimised and where the axe should fall.

It seems unjust that an employer making a 10% reduction in headcount across its business should be able to implement redundancies without collective consultation in its smaller establishments.

Against that, it might be said that a rational redundancy exercise will include a proper evaluation of which employees should be retained for the benefit of the business and that the individual right to be considered for suitable alternative employment will mitigate the unfairness to individuals.

Nonetheless, it is curious that such a significant statutory right should depend simply on how many colleagues you have.

About Daniel Isaac and Christina Morton