Harmonising after TUPE: less generous terms for older employees can be justified 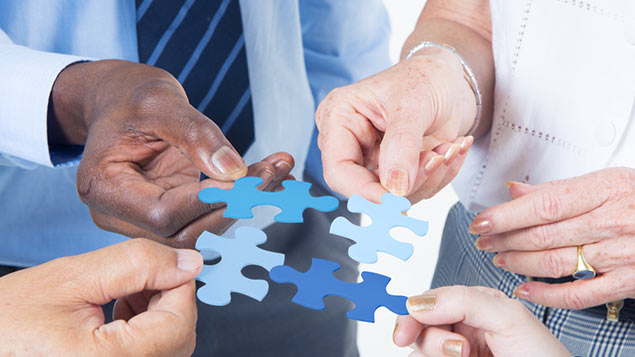 Implementing changes in the workplace can be challenging for employers, and harmonising terms and conditions after a TUPE transfer is often particularly problematic.

Getting it wrong can result in strained workplace relations, time spent in dealing with grievances and an increased risk of employment tribunal claims. Getting it right requires effective consultation with staff and a careful assessment of the reasons for making the changes, and the impact of those changes on staff, particularly where certain groups may be more adversely affected than others.

With the economic downturn and difficulty in securing new business, many employers have had to take action to reduce staff costs. In a helpful decision for employers, in the case of Edie & others v HCL Insurance BPO Services, the Employment Appeal Tribunal (EAT) upheld an employment tribunal decision that a requirement for older employees to accept less generous terms and conditions of employment, as a condition of their employment continuing, could be justified.

HCL is an outsourcing company that provides services to life insurance and pensions businesses relating to the administration of “closed-book” policies. These are policies that are no longer sold, where premiums continue to be paid and administration is still required, but where the income generated reduces year on year.

Over a period of years, a series of TUPE transfers occurred, as HCL took over the administration of policies from or on behalf of other companies. This resulted in HCL employing different groups of employees with significant variations in their terms and conditions.

A review of employees’ terms and conditions was carried out and benchmarked against industry data. HCL concluded that the terms of some groups of employees were more generous than industry standard levels and that significant savings could be made by reducing those terms. In addition, HCL identified various terms for certain groups that were potentially indirectly discriminatory in favour of older employees because they included service-related benefits and/or historic benefits only available to longer-serving employees.

Rather than making any reductions in basic salary, which would affect staff morale and the retention of key staff, HCL planned to introduce a new set of harmonised terms and conditions including holidays, hours of work, enhanced redundancy entitlement and sick pay.

This would put employees aged between 38 and 64 at a particular disadvantage because they had built up greater contractual benefits as a result of their longer service and would be more likely to lose their existing contractual rights.

Following full consultation with staff, the changes were implemented by issuing notices of dismissal to all employees, together with offers of re-engagement on the new terms and conditions. The vast majority of the employees accepted the new terms. However, 39 employees brought claims for unfair dismissal, automatic unfair dismissal under TUPE and indirect age discrimination (some of the claimants included employees who had agreed to the new conditions and were, in fact, re-engaged).

In respect of the indirect age discrimination claims, it found that HCL had applied a “provision, criterion or practice” (PCP) to the effect that, in order to remain in employment, employees had to agree to the new terms and conditions. This placed them and older employees generally at a particular disadvantage because older employees were disproportionately more likely to be losing valuable benefits.

The tribunal had to consider the argument that HCL’s aim could not be legitimate if it was based on cost reasons alone. It held that HCL’s objective was not cost alone. In introducing the changes, HCL had a legitimate aim, namely to reduce staff costs to ensure its future financial viability and to have market competitive, non-discriminatory terms and conditions in place.

Further, the tribual was “impressed” at HCL’s decision not to reduce any employee’s basic salary. The claimants had argued that HCL could have considered alternatives such as voluntary redundancies, delaying pay increases and reducing, rather than eliminating, the contractual benefits. The tribunal disagreed; these alternatives, which would have delayed or reduced the savings, would not have met that legitimate aim and so did not undermine HCL’s justification.

The means used by HCL were proportionate to that aim, balancing the real needs of HCL against the discriminatory effect of the changes and “the changes were carefully planned and implemented”.

The claimants appeal to the EAT was dismissed. In the EAT judgment given on 5 February 2015, it held that the tribunal was entitled to find that the changes in this case were justified in order to meet the employer’s legitimate aim of reducing staff costs to ensure its future viability, and to have in place market competitive, non-discriminatory terms and conditions.

In particular, it is as a minimum, legitimate for an employer to seek to break even year on year and for a business to make decisions about the allocation of resources. Interestingly, HCL cross-appealed on the tribunal’s finding that a change in terms and conditions of employment could amount to a “provision, criterion or practice”.

That appeal was dismissed. The EAT held that dismissal and re-engagement in order to harmonise disparate terms and conditions inherited from historic TUPE transfers can constitute a PCP for the purposes of an indirect discrimination claim, even if the new terms and conditions do not, of themselves, place any group at a particular disadvantage.

Key points for employers harmonising terms and conditions after TUPE

Many organisations will have found themselves in the position of inheriting staff on different terms and conditions following TUPE transfers. Even more will have faced a decline in business in the tough economic climate of the past few years and needed to save costs.

Changes to terms and conditions of employment are generally likely to be regarded as fundamental changes and must be handled carefully. Ideally, the best option is to obtain express written consent from the employees agreeing to the change. If consent is not forthcoming then, like HCL, an employer can take action to bring existing contracts to an end on notice and offer re-employment under the new terms.

What the HCL decision demonstrates is that extensive consultation with staff about the changes is required, the aim of the changes has to be clearly identified and the justification for those changes carefully analysed.

On the issue of justification, this case reiterates well-established principles and emphasises that alternatives which would involve modifying the employer’s aim rather than meeting it will not undermine the justification.

On the PCP issue, the case perhaps has wider implications, as authority for the proposition that a change in terms and conditions may constitute a PCP, even where the new substantive terms do not of themselves place any group at a particular disadvantage.

HCL was represented by Ben Cooper, of Old Square Chambers, and instructed by Sarah Peacock, partner at Blake Morgan LLP. Sarah Peacock provided advice and support to HCL throughout the process.

Sarah Peacock is a partner at Blake Morgan LLP.
View all posts by Sarah Peacock →
Previous Article
Next Article

One Response to Harmonising after TUPE: less generous terms for older employees can be justified