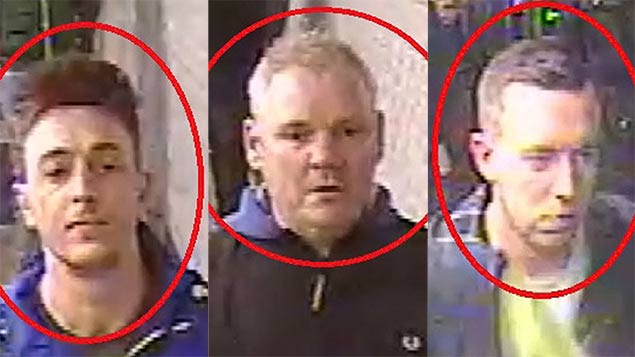 The recent allegations against a group of Chelsea supporters highlight how employee misconduct outside the workplace can cause difficulties for employers. In what circumstances can an employer take disciplinary action? Ashok Kanani reviews five key cases where individuals’ actions outside work have led to dismissal.

Misconduct outside the workplace

FAQ: Is it permissible to dismiss for misconduct outside work?

The allegations of racism made against three Chelsea supporters – accused of racially abusing a commuter on the Paris Metro – are likely to create a dilemma for their employers.

Chelsea Football Club itself has vowed to ban for life any supporter that is proven to have been involved in such an incident.

But how should their employers respond, given the incident did not happen during work time? These five employment cases offer some useful guidance, the first of which also involved English football supporters in France.

1. Fair to dismiss an employee for bringing his employer into disrepute

The claimant was a postman convicted of assaulting a French police officer during a World Cup tournament. He was subsequently identified by a national newspaper, and was consequently dismissed for bringing the Post Office into disrepute.

The important question was, given the publicity, whether or not the employer had acted reasonably in treating his conduct as grounds for dismissal. Read full case report…

2. Unfair to dismiss an employee for misconduct during a work social event

This is a well-known decision from 1996. The three claimants were work colleagues who attended a drinks evening paid for by the employer. They became drunk, and there was an isolated incident of personal abuse and violent conduct.

The Court of Appeal approved the tribunal’s decision that the incidents were contained and of limited duration, that they had taken place outside working hours and in circumstances where a free bar had been provided by the employer, and so the decision to dismiss was held to be outside the band of reasonable responses. Read full case report…

3. Illegal substance use outside work

In this case, the claimant, a warehouse operative, was dismissed following a positive drugs test.

The company’s substance abuse policy stated that a positive test for illegal substances would be classified as gross misconduct. However, the company’s disciplinary policy simply provided that intoxication, or reasonable suspicion of intoxication, in the workplace could amount to gross misconduct. The claimant had only admitted consumption of cannabis outside of work, and she had never been under the influence at work.

4. Is the misconduct in the public domain?

In this case, the employer did not have a social media policy. The claimant originally opened his Twitter account for his own private use and used it in his own time. He later started to use it for very limited work purposes. A colleague raised concerns relating to a number of tweets that the claimant had sent from this personal account. His employer considered these tweets to be offensive, threatening and obscene, and liable to be viewed by anyone on Twitter. It therefore dismissed him for gross misconduct.

The employment tribunal found the dismissal to be unfair because none of the claimant’s tweets referred to the employer, or about his work in any way. Also, the employer did not have any policy in place stating that misuse of social media in private time might be treated as gross misconduct.

However, on appeal, the EAT held that the tribunal judge had not given proper regard to the public nature of Twitter and remitted the matter back to a fresh tribunal. Read full case report…

5. Dismissal for email sent outside work to a private computer was fair

In due course, the claimant’s employer found out about the email and commenced disciplinary action against the claimant. He admitted forwarding the email but argued that he could not be held liable because it was sent from a private computer to a private computer, and he was not responsible for what happened after that. The employer dismissed him because the employer’s client had complained and refused to allow him on site.

The employment tribunal concluded that a reasonable employer would be entitled to conclude that the claimant had committed an act of gross misconduct that could damage the company’s reputation or integrity, and so the dismissal was found to be fair. Read full case report…