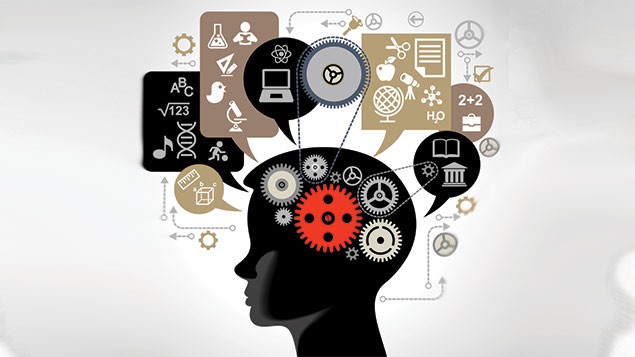 How an employer chooses to deliver training depends on many factors, with some preferring to maintain costs and control in-house, and others seeking external expertise. Nick Martindale weighs up the arguments.

Faced with economic uncertainty and pressure on budgets, it is a natural survival reaction for organisations to want to bring more services in-house – and training is no exception. Having control over how, where and when training is delivered, with fewer third parties to deal with and costs to negotiate, is a logical approach. It is no surprise, therefore, to find more organisations opting to deliver learning and development in-house or on-the-job than rely on external providers, as shown in the results of the CIPD’s latest annual learning and development survey.

However, she argues that employers should not discount external expertise, as there are areas where it can really add value. And, as organisations look to upskill their workforce again after a significant period of cutting back, there’s no reason why employers can’t rebuild partnerships with external providers to speed up that process and widen the breadth of learning they can offer.

She adds: “There will always be a place for external development at the right stage, and that can be particularly beneficial for employees at the start of their career.” This is predominantly the case for apprenticeships, she says, as well as specific functions such as marketing, HR or finance, which require formal qualifications.

Electrical business Clarkson Evans began developing its own in-house training provision for its apprentices back in 1998, after finding relying on external providers too restrictive.

“There were issues with apprentices choosing not to go to college, and the college not even telling us and yet we were paying their wages, so the communication and control of the process wasn’t there,” recalls Lindsey Young, HR and training director. Having control of its own training processes means that the business can deliver training when it wants – during quieter times of year – rather than having to wait until the start of an academic year.

The business also tends to train older apprentices – their average age is around 19 – which means some of the cost can be covered by Government funding. This is a cost the company would have to cover if it relied on external providers. “We can’t imagine doing it any other way now and if we were forced to use local colleges to deliver training for us I’m not sure we would take on anything like the number of apprentices that we do,” she says. “It simply wouldn’t fit in with our needs.”

The number of apprentices it trains each year varies – but averages at around 50 – and it also now trains apprentices for other electrical companies at its training centre for around 25 employers, which helps to bring in extra revenue. “It’s more or less cost-neutral for us,” says Young.

Draw on a mix of approaches

Larger employers have the economic and bargaining clout to use a more blended approach to learning, drawing on a mix of internal and external training. Transport for London (TfL), for instance, operates 17 different apprenticeship schemes across its business, for those coming directly into the organisation on apprenticeships, existing employees looking to upskill, and those entering roles such as customer services who then undertake an apprenticeship alongside the day job.

Not surprisingly, given its line of work, the main focus for TfL is on engineering apprenticeships, which are delivered through a mix of the company’s in-house training facilities at Acton and at local colleges, as well as a number of job placements within the business.

“It gives us the flexibility that we need because, with the major projects and maintenance currently underway and all the new technology that is coming in, it means we can adapt all the training that is being delivered,” says Susanna Dillon, capability development scheme specialist at TfL. “Our trainers are very familiar with all that technology and are able to deliver that, whereas if we had the training delivered externally they would need to be brought up to speed.”

For other training and apprenticeships, though, the company uses external providers, alongside internal placements. “With our quantity surveying apprenticeship our apprentices go on a BTEC qualification and go on day release – and it’s up to the training provider to understand the best college that is going to meet our needs – and then the rest of their training is through placements,” says Dillon.

TfL also delivers training in a number of softer skills in-house, complemented where necessary by external providers. “There’s only a certain amount of soft skills and internal training that is delivered by the organisation because we’ve got 27,000 employees and a very small learning and development training unit,” she points out. But the business is currently reviewing its whole approach to apprenticeships in the light of the Richard Review [a Government commissioned report looking into the quality and purpose of apprenticeships], which could ultimately result in more training being delivered in-house.

That said, the use of a blended approach is becoming increasingly common, with organisations drawing on their internal knowledge where they can and then topping this up with external expertise where necessary, says Steve Morris, UK sales director for learndirect. He points out that external training remains a vital part of the equation, particularly for smaller businesses. “They just haven’t got internal training functions so they’re very reliant on procuring training externally,” he says.

Significantly, one of the trends driving demand for external training as the economy picks up is the fact that many in-house teams were scaled back during the downturn. “A lot of organisations that have established training teams are fairly depleted at the moment but staff retention is really coming to the fore, so we’re seeing quite a bit of external activity now,” says Morris, giving the example of discount retailers and call centre organisations looking to develop dedicated apprenticeships to attract and retain staff.

He also refutes the view that this can be an expensive option, pointing out that the cost of hiring a new internal team member could hit £50,000 a year. “Certainly for diverse businesses, one trainer often can’t cover everything that they want to,” he says. “Providers are also using innovative pricing models such as gain-share where they get top-ups if productivity increases.”

Santander is another organisation that uses a mixed model for its training programmes, for both apprenticeships – it takes on around 200 a year – and vocational qualifications for existing employees. The overall strategy and definition of what is required is generally decided in-house, says Debbie Reeves, head of early-in-career resourcing, with the people and talent teams working alongside subject matter experts and the broader business. The content and delivery, however, tends to be a combination of external providers and its internal team.

“The advantage of a blended approach is that you can look at everything that is available, from the expertise you have in-house to the resources you have externally,” says Reeves. “From an external perspective, we get access to insight and can make comparisons against what other organisations are doing and best practice standards in the industry, so that’s a huge advantage.”

The business also makes sure providers use Santander’s language and branding in any communication to ensure employees receive consistent messages, says Reeves; something which is inevitably a risk of using a third party. “Whenever we induct a new supplier we make sure that they feel a part of Santander, and understand the strategy and the drivers, and what the critical objectives are from a people perspective,” she says. “So when any activity starts to be delivered it feels like it’s being done by Santander, even though it may have been written by someone who is employed under a different organisation’s name.”

Another benefit of using a third party rather than taking on extra in-house resources is that it helps to smooth the workload of the internal team, minimising the risk of having quieter periods internally: “When things are in-house you have a fairly fixed, finite resource and if there are peaks and troughs in activity it can be challenging to manage that resource against demand,” Reeves says. “If you buy in what you need from a consultant you don’t have the same types of worry.”

Learning management systems are also playing an increasingly prominent role in helping organisations keep track of where individual employees are at in their learning and development, particularly where there are multiple organisations involved in delivering it. “Organisations have got to look at how they embrace technology as part of the training set-up,” says Morris. “Those that have got multi-site operations, so retailers or businesses with offices scattered across the UK, have probably been quicker to look at the benefits that they can bring.”

Such systems can even be used as a means of delivering some aspects of training, he adds, which means they can often work out as a more cost-effective option than sending people on an external course: “If you have a slightly depleted learning team, then engaging technology to help you keep track of where everybody is up to can start to remove elements of risk out of your business.”

These systems are now evolving to help engage younger employees through the use of new technology, adds Stuart: “We’re seeing more companies introduce a social media element into those systems. Whereas previously there might have been a portal that could track training hours or allow people to book a course, now they’re much more interactive so you can post comments and have a debate with your colleagues as well as having everything in one place. That will continue to develop over time.”

Ultimately, there is no right or wrong answer. Training requirements, and whether these are met internally, externally or through a combination of the two, will always depend on the changing needs of each employer.

What do you think? Share you thoughts in the DiscussL&D LinkedIn group

One Response to In-house or outsource? The new learning conundrum