By Matthew Lewis on 17 Oct 2016 in Traineeships, Apprenticeships, Learning & development 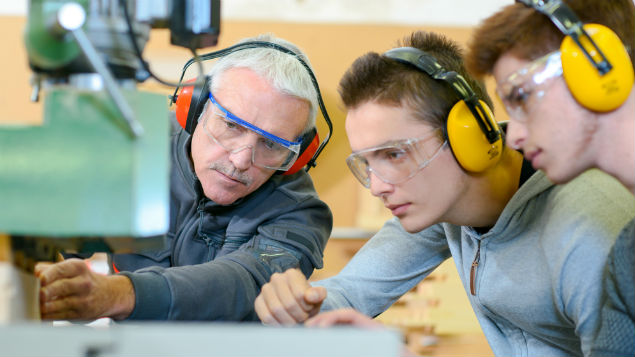 The apprenticeship levy, which the Government hopes will help create three million new apprentices by 2020, is due to come into force in April 2017. But ahead of implementation, there are a number of key questions that employers should be asking. Matthew Lewis, employment partner at Squire Patton Boggs, explains.

There is no doubt that apprenticeships are a valuable part of the UK economy, with much of the business community initially welcoming a chance to develop this route into the workplace.

The apprenticeship levy is, though, a misnomer, with many placing the focus of “apprenticeships” on young people entering employment, whereas this opportunity could, and should, benefit learning and development as a whole.

The levy, which will raise an estimated £3 billion by the end of this Parliament, could have serious consequences for employers, many of whom see it simply as an additional tax.

In April 2017, the Government will introduce the apprenticeship levy, with a view to creating millions of apprenticeships across the UK.

While many employers are pleased to see that apprenticeships have become an area of increased importance, others argue that it should not be up to them to foot the bill if they do not have any need for apprenticeships within their own organisation. Regardless of their opinion, employers have just under six months to prepare for the levy coming into force.

How much will employers have to pay?

If businesses have an annual payroll cost of less than £3 million, then they will not be required to pay the levy. For employers that have more than this, however, there will be a 0.5% tax on the total pay bill, which will be paid through Pay As You Earn.

The Government estimates that 2% of UK employers, approximately 22,000 organisations, will be required to pay the levy. It is worth noting that it is not just large employers who will be affected. Some smaller employers will be impacted, as a workforce of 100 people and an average salary of just over £30,000 will take businesses over the threshold.

Will a one-size-fits-all scheme be sufficient?

Some employers have raised concerns that it will be difficult to make a one-size-fits-all scheme translate into meaningful and empowering apprenticeships that benefit both employer and employee. There are trailblazer programmes for various sectors seeking to set the parameters for levels of apprenticeship, but a lot of work is needed ahead of the levy’s implementation to ensure that there is the consistency and variety that employers will need.

It is also worth noting that the apprenticeship levy does not support all training. Some organisations have commented that the levy is too narrow in its scope and should, for example, include traineeships and wider training programmes.

Are all UK employers going to benefit?

Employers that do not pay the levy will still be able to access government support for apprenticeships.

Employers in England that pay the levy will be able to access the funds they have paid in via a new online portal called the Digital Apprenticeship Service (DAS). They will also receive a 10% top-up from the Government to their total monthly contributions in England. Any training must be provided through an accredited provider. Only employers in England will be able to benefit from the DAS. Scotland, Wales and Northern Ireland will have their own arrangements, but the details are yet to be confirmed.

How can an individual employer make sure the apprenticeship levy works for them?

By being proactive and identifying areas in an organisation where training is most needed, employers will have the opportunity to ensure that the apprenticeship levy works in favour of their organisation.

It is possible that many employers will not recoup the levy that they pay, and will therefore simply see it as another employment tax, particularly those that have no need for structured training that could fall within the scope of an apprenticeship scheme.

For example, for an organisation such as the NHS, the levy will be huge and it is unlikely that it will be able to recoup the money through DAS. There is, however, an opportunity for other employers to get out of the levy more than they pay in, if they take the time now to look at their learning and development needs and ascertain what could fall within the structure of an apprenticeship.

What should employers do next?

One of the most imperative parts of preparation for employers is ensuring that they have the financial capability to pay the levy.

Additionally, businesses should think more broadly than the immediate view of an “apprenticeship” as something for young starters, considering what training they have put off because of the possible cost and ascertain what could be done as an apprenticeship so that they can reap the best value.

This article was originally published in April 2016, and has been updated in line with latest developments.

Matthew Lewis is an employment partner at Squire Patton Boggs.
View all posts by Matthew Lewis →
Previous Article
Next Article