HR transformation: putting the “expert” in centres of expertise

By Vicki Arnstein on 25 Jun 2015 in HR transformation, HR strategy 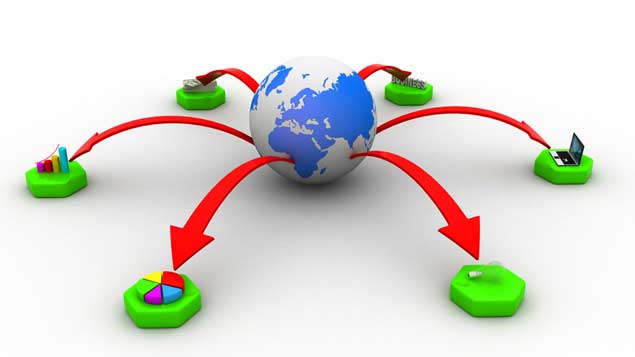 Centres of expertise are a core tenet of the Ulrich HR model, but do they always deliver on their promises? Vicki Arnstein looks at the evidence.

The Ulrich model is a well-established HR strategy with its three-pronged approach of shared service operations, business partners and centres of expertise.

But, according to a recent thought piece from the CIPD, it is time for the focus to shift away from HR operations towards the “neglected children” of that model – namely centres of expertise.

In the piece, The future is “centres of expertise”, Allan Boroughs, partner at research and advisory organisation Orion Partners, argues: “Where there does seem to be significant room for improvement is in the ‘centres of expertise’, which show signs of serious neglect in the rush for transformation.”

He says: “The messages are clear: while a focus on the Ulrich model for HR has produced tangible benefits in the quality and efficiency of HR operations, the benefits have not flowed through to the other parts of the model.”

While the Ulrich model has been around for some 18 years, HR consultants are reporting an increased focus on creating centres of expertise or excellence, led primarily by US multinationals but now being implemented more in the UK through global employers.

Carl Redondo, leader of Aon’s global benefits practice at Aon Hewitt, explains: “We have seen a big trend towards the centralisation of decision making, led primarily by US multinationals creating global centres of excellence which takes roles like compensation and talent management out of the HR business partner and puts them into these global centres.

“We certainly now see that as a trend coming through European multinationals, particularly in the UK.”

Robert Bolton, partner, global HR centre of excellence at KPMG, agrees: “I see this happening in oil and gas, telecommunications, business services and automotive parts manufacturing and, in all those cases, these were global organisations.

“They operated in many countries and were moving from a position of not being able to see and manage the entirety of their human capital and/or they were carrying much more cost than they needed to.

“The issue is, are you global? And the key question is: is the way you need to manage and compete in the world different to the way you grew up to become global in the first place?”

Where there does seem to be significant room for improvement is in the ‘centres of expertise’, which show signs of serious neglect in the rush for transformation.” – Alan Boroughs, Orion Partners

That said, the driver towards this model is often different for UK versus US companies.

Typically, when a US company builds a case for a business change, such as setting up a centre of excellence, it is almost primarily driven from a cost-saving stance, argue consultants.

“From a UK perspective, the rationale is usually driven by governance and efficiency of programmes but if they save some money along the way then that is all good,” says Redondo.

One company that has altered its HR operations to an Ulrich model, including introducing centres of expertise, is EDF Energy. It has mirrored the model for its finance and IT operations.

Andrew Edgoose, employee services director at the company, explains that the changes were made after it acquired British Energy in 2009.

“It meant we needed to think hard because essentially we ended up with two HR functions,” he says. “There was a lot of duplication of HR activities so we had to do something to integrate fully. We decided to take that opportunity to have a complete rethink of our way of providing HR services.”

This saw the business move from having HR teams dedicated to each of the organisation’s different business divisions, to a model with three major components: centralised shared services; centres of excellence for different HR disciplines; and local business-unit specific HR teams partnering with local line managers.

It took around three years to implement the new strategy, with some elements still being worked on. But there have been several benefits for HR and the rest of the business, according to Edgoose.

He says: “In HR we now have better expertise in the centres of excellence than we have ever had before and those pools of specialists are available to all parts of the business.

“Organising things in this way means we are able to understand better the competencies we need in HR and we have seen that pay off in terms of retaining good HR people.”

The business has also saved money – through centralising administrative HR activity and through a net reduction of HR employees.

Tim Richard, EMEA director of HR service delivery for Towers Watson, says this is typically the case with HR staff numbers generally reducing by around 20%.

At EDF some employees were able to slot into the new roles and, for others, training was needed to support them.

When implementing this type of HR model, the movement of employees to new positions within HR can be tricky. For some who move to a business partner role, whose job it is to feed up and down to the centres of excellence, it can feel like a loss of power to begin with.

“While it may feel like a loss of control for HR directors, the idea is that they should start to feel much more like a strategic partner of the business and leverage these expertise areas for specialist projects,” Redondo explains.

You couldn’t just set up centres of excellence on their own, you need to also think how the different bits of HR work together.” – Vanessa Robinson, CIPD

Edgoose has seen this happen at EDF Energy. “I think because we have this situation where we have business partners in the business divisions representing the voice of their divisions back into the centre, they get to shape the agenda and HR strategy much more than would have been the case in the past.”

Where issues can occur, according to KPMG’s Bolton, is where companies make structural changes and simply give people new job titles – so someone with purely administrative experience suddenly becomes a business partner, for example.

Vanessa Robinson, head of research at the CIPD, agrees that careful planning is vital. She says: “You couldn’t just set up centres of excellence on their own, you need to also think how the different bits of HR work together.

“Ultimately, people in the business might not get the best out of HR because they are not asking the right person or they are going to who they used to go to, not realising that there is now a centre of excellence to be calling upon.”

With a strategic view of the business, a business partner should be able to start doing more predictive planning.

Bolton adds: “They might be in a position to go to a business leader and say ‘look, in a year’s time we seek to execute this business strategy and we are not going to have enough of these types of people’.

“That leads you to a conversation of how do we plan to bridge the gap, as opposed to an irate manager saying ‘we needed to have recruited last month’.”

So, which businesses are ripe for this way of working? Bolton advises against change for change’s sake.

Remaining connected, with visibility and data sharing through all parts of the HR model is vital, he adds.

“The danger is that [centres of excellence] end up in some kind of ivory tower. This is about remaining connected, initiating lines of communication and having visibility of the data.”

Good communication between all three parts of the HR model is vital.

Robinson says: “The centre of excellence would need to keep a very good relationship with the business to understand the direction the business is going in and its strategic priorities, so when they are thinking of a solution they are not just doing it sitting in an ivory tower.”

As Boroughs concludes in his paper, organisations should be “aware that there is a limit to the benefits that can be derived from excellence in HR operations”.

The next 10 years, he adds, should see a renewed focus on centres of expertise to help drive effective talent management. Something that, if executed well, will help to drive organisational success.

Vicki Arnstein is a business journalist specialising in HR and employee benefits.
View all posts by Vicki Arnstein →
Previous Article
Next Article