How does Brexit affect international assignments? 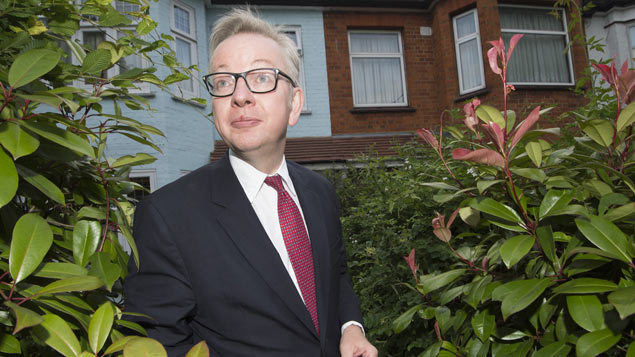 The process for the UK leaving the EU is yet to be set in motion, but employers should start thinking about the long-term implications for the movement of staff between the UK and other countries, say employment and immigration law experts Peter Finding and Zoe Jacob.

The legal consequences of the UK’s withdrawal from the EU, particularly in relation to the sensitive issue of the free movement of workers, will ultimately be driven by political developments.

But it is easy to see how Brexit might, in time, have a significant impact on the movement of staff between the UK and the rest of the world. So what should HR practitioners be considering in the immediate aftermath of last month’s leave vote?

What does the UK’s vote to leave the EU mean for HR? Despite the uncertainty surrounding the terms of Britain’s exit, you should start preparing for the HR aspects of running a business outside the EU.

XpertHR’s live 60-minute webinar will look at the implications for HR, the outlook for employment law, and the next steps in the Brexit process.

The first point to make is that nothing should change in relation to the legal position of employees working elsewhere in the EU until the end of the withdrawal process.

This process is started by the UK giving notice to the EU under Article 50 of the Lisbon Treaty, which at the time of writing is yet to be invoked.

The timetable for withdrawal is therefore unclear at present, but is likely to take at least two years and may be extended by agreement.

Nevertheless, both employers and employees will be thinking about the longer term.

We see the free movement of labour in the employment market in international assignments and the local engagement across the EU of workers from other member states.

In many instances, assignments are time limited and tend to be no longer than a couple of years. As such, many of the arrangements currently in place will finish before Brexit actually happens and no action will be required.

However, while there may not be an immediate legal impact on short-term assignments, the effects of Brexit may be felt in other ways.

The cost of an international assignment may vary as a result of volatility in the currency markets, making it less attractive to the employer. For instance, a British company that uses euros to pay the salaries of workers assigned from the Eurozone may see costs escalating following the devaluation of sterling.

A common reason for the failure of international employee assignments is the difficulty faced by the employee and their family in settling into a new environment.

The ambiguity regarding the UK’s position in Europe may be very unsettling for both for UK nationals working abroad, and for EU nationals in the UK – particularly in respect of the lack of clarity over EU workers’ future rights.

Engage early with the workforce as this will help to gauge and monitor trends in attitudes and concerns, and will also act as a platform from which to calm any fears.

It also means you can take appropriate action to prevent those fears resulting in key workers deciding to return to their home country. Offering employees, and their families, support in applying for documentation to confirm their right to reside in the UK may assist in allaying fears.

Longer term assignments may continue into the post-Brexit period. Now is an opportune time for businesses to conduct a thorough audit of the potential liabilities that could arise in relation to assignment arrangements following the UK’s departure from the EU.

There are a few issues to look out for in particular. It is relatively common for an assignment agreement to provide that the employer will fund immigration advice for the assignee’s benefit.

This was often straightforward where EU workers could move freely throughout the union, and so has tended not to be a significant cost.

Clearly, this position is subject to potentially significant change, and the demand for more complex immigration advice for assignees could create additional costs for employers.

Terms governing how assignees are paid, particularly regarding exchange rate mechanisms, are worth revisiting, given the extent to which sterling has lost value since the leave vote.

Furthermore, the framework for determining both the relevant law of a contract, and which country’s courts would determine any dispute, are rooted in EU law.

While there is a chance that the existing rules will remain more or less the same, this is one of many complexities that will have to be addressed in years to come.

Employers might want to think about changing their contracts ahead of time to provide for alternative dispute resolution methods such as arbitration (although such provisions would not be enforceable under current rules).

Previously, the cost/benefit analysis applied by UK employers in determining where to locate the workforce has clearly favoured EU assignments. Looking further ahead, this may change in favour of other global locations if it becomes more costly to move staff around the EU.

The changing political landscape may also lead some businesses, particularly those in the financial sector, to move entire sections of their operations to other jurisdictions.

The future for non-UK EU nationals working in the UK is not clear. At the time of writing, none of the political players has suggested that these individuals would be required to leave the UK, although this is unlikely to be confirmed until a new Prime Minister is in place.

Indeed, the UK will likely want to protect the rights of UK nationals living in European Economic Area states and to accept reciprocity in this area during any negotiation.

Their direct family members are also eligible to make parallel applications. As suggested above, these are steps which employers may wish (indeed, may be obliged) to support.

Peter Finding is an associate at Withers LLP.
View all posts by Peter Finding →
Previous Article
Next Article