Ireland appeal court judgment restricts use of injunctions in dismissals 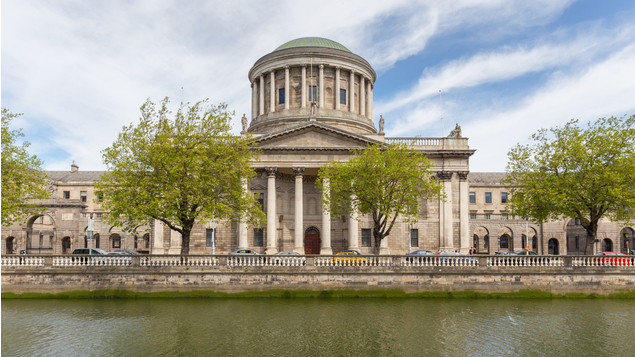 Ireland's Four Courts building in Dublin, where the Court of Appeal is situated Shutterstock

The Irish Court of Appeal has handed down a landmark judgment that will reduce the ability for employees to seek an injunction that prevents an organisation from dismissing them.

The judgment effectively restricts the circumstances under which an injunction against dismissal can be granted to cases where an employee is threatened with dismissal for alleged misconduct, which law firm GQ Littler claims will make it easier for Irish employers to dismiss poor performers.

How to manage probationary periods

If an employer failed to follow its procedures for employees on probation would a dismissed probationer have any redress?

The firm says employee injunctions are a significant problem for Irish businesses. These orders force organisations to keep an employee on the payroll until a full hearing, which can take place as much as a year after the injunction granted.

During this period the organisation is unable to appoint a successor for the employee they wish to dismiss, meaning that firms are often forced to buy the employee out of their contract at a premium.

The case before Ireland’s Court of Appeal, O’Donovan v Over-C Technology and Over-C, concerned the dismissal of a chief financial officer during his probationary period.

Mr O’Donovan joined the company in August 2019 under a six-month probationary period. Upon returning from annual leave on 7 January 2020, the organisation’s chief executive informed him that his performance had been substandard and that confidence in his abilities was “at an all time low”. His contract was terminated with immediate effect and he was told that he would receive payment in lieu of notice.

In a letter sent the following day, O’Donovan was told that the decision was based on the fact that he had provided misleading figures to the company board; his preparation for the board meeting was negligible; and that he had been unable to answer basic questions about the firm’s cash position.

O’Donovan’s appeal against the decision was unsuccessful and he sought an injunction in the High Court to prevent the company from terminating his employment and from publishing any information about his departure from the business. He also sought damages for breach of contract, misrepresentation, defamation and breach of duty and breach of constitutional rights.

In June 2020, the High Court granted an injunction preventing the company from dismissing O’Donovan, claiming it had not followed a fair procedure when dismissing him. However, this week the Court of Appeal found that O’Donovan was highly unlikely to be granted a permanent injunction against his dismissal.

The judgment says: “The trial judge failed to give adequate weight to the fact that the termination occurred during the probationary period. That is a critical fact in this case. During a period of probation, both parties are – and must be – free to terminate the contract of employment for no reason, or simply because one party forms the view that the intended employment is, for whatever reason, not something with which they wish to continue. Neither party can hold the other to the continuation of the employment against the wishes of the other.

“I do not accept that a court can imply a right to fair procedures – still less uphold a cause of action for the breach of such an alleged right – in relation to the assessment of an employee’s performance by an employer (other than for misconduct, which does not arise here) during the probationary period, as this would negate the whole purpose of a probationary period.”

Niall Pelly, partner at GQ Littler, described the case as “one of the most important employment law decisions in Ireland in years”.

He said: “It will considerably re-balance the power dynamic between employees and employers during contentious dismissals.

“Injunctions can cost businesses hundreds of thousands of euros to defend, and can take months if not years, to settle. But it’s not just the cost that concerns employers. Often the issue of greater concern is the uncertainty, instability, and managerial deadlock that results – particularly when it involves member of senior management.