Is it time to sweeten up your pensions communications?

By Steve Butler on 24 Nov 2016 in Auto-enrolment, Pensions 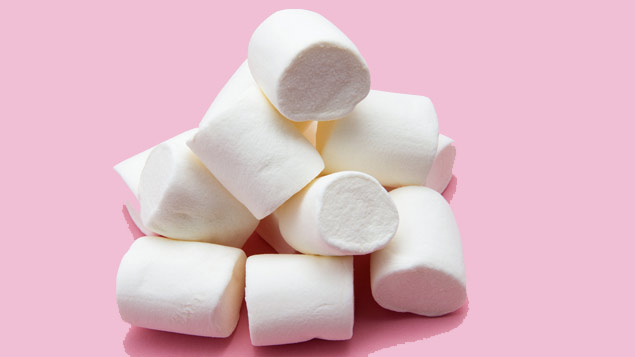 Now or later? The Stanford Marshmallow Test has relevance for how employees view their pensions.

With young people prioritising other financial commitments over pensions, employers need to rethink how they communicate the benefits of saving for retirement, says Steve Butler.

Perhaps one of the most famous experiments into behavioural psychology is the Stanford Marshmallow Test. Created by Professor Walter Mischel in the 1960s, the test focused on the ability of five-year-olds to delay immediate gratification in favour of a greater reward in the future.

For Mischel’s subjects, the reward was a marshmallow: if they could restrain themselves from eating a single marshmallow for a short period of time, they’d be rewarded with a second; if they ate it straight away, they wouldn’t receive anything else.

Unsurprisingly, the reaction of the children was mixed – some were able to wait and receive a second, others simply had to eat the marshmallow immediately.

Fast forward five decades, and what we’re seeing in the UK is Mischel’s marshmallow test being conducted on a grand scale and with much greater consequence.

Faced with a finite amount of disposable income, the need to pay off student debt, meet increasing living costs or save for a house deposit, many young workers are turning away from the longer-term benefit of saving for their retirement.

This should be a concern to all of us.

Pensions not a priority

Earlier this month, former pensions minister Steve Webb argued that pensions need a complete rebrand if they are to genuinely engage young people.

His comments came at the same time as new research from the Pensions and Lifetime Savings Association found that most young people wanted to save for their retirement, but felt restricted by other more pressing financial demands.

It is easy to see why. Putting money towards a pension pot that they won’t be able to access for years to come simply doesn’t feature on younger peoples’ list of priorities.

Many are looking at their pension and saying “I simply can’t afford this”. When retirement seems a distant reality, the temptation is to channel more of their income towards immediate priorities. The second marshmallow seems such a long way off, that waiting for it doesn’t seem to make sense.

A re-run of the Mischel’s experiment conducted some years later puts this into context.

It found that the decision each child made wasn’t based purely on willpower, but also on their belief that the person conducting the experiment would actually provide them with a second marshmallow. Trust was as important as self-control.

This is where employers, and how they communicate with their employees, comes in.

Relaying the value of saving for the future has always been important, not just for employees, but also employers.

Employers, pension providers and their consultants, however, have failed to do it well.

Coming up against the competing demands employees face, we’ve failed to articulate the importance of pension saving, or offer a clear line of sight as to how money put aside today translates to a more comfortable retirement in future. We’ve failed to build trust in the process.

According to the latest Office for National Statistics figures, active membership of private-sector pension schemes in the UK increased from 2.8 million to 5.5 million between 2013 and 2015, largely due to the introduction of auto-enrolment.

As an increasing number of people come into contact with workplace saving, encouraging them to engage with their pension is more critical than ever.

It is something that the whole industry must take steps to address, starting with thinking creatively about how pension decisions are communicated and discussed in the workplace.

The honest truth is that the occasional newsletter or generic brochure about workplace saving simply won’t cut it. Employees are also consumers, and in other areas of their life they are becoming used to being excited by the brands, services and products that they interact with.

Pensions must catch up. Every stage of employee communications, from design to delivery, must be planned with the engagement and trust of the end user in mind. It must be compelling, informative and accessible.

Employers should think about innovative new approaches to interact with their workforce, increasing their confidence in the process and their understanding of its importance.

Failure to do this isn’t just about the wellbeing of staff, there is a commercial benefit too.

Pensions can be a powerful workforce management tool, helping to attract, motivate and retain members of staff, and ensure that those who want to retire can do so when they need to. Getting member communications right is key to unlocking the potential of pensions as a benefit.

For too long, communication on pension saving has been boring and inaccessible – to the detriment of both employers and employees.

As the demands of the workforce change, pensions must become exciting and optimistic. Only then can we expect the second marshmallow to be worth waiting for.