Is the Government simplifying TUPE? 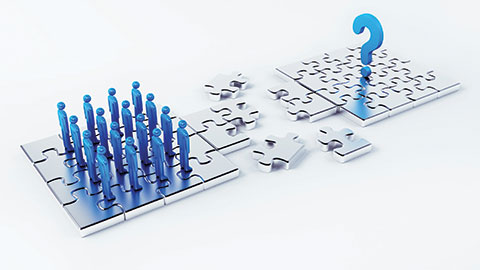 The Government claims its TUPE reforms will help businesses. Nicholas Jew looks at the details.

The Transfer of Undertakings (Protection of Employment) Regulations (TUPE) have always been fertile ground for disputes and the latest incarnation, introduced in 2006, has done nothing to stem the tide. TUPE aims to protect employees should a business in which they work change hands by way of asset sale, and employees who are assigned to a service provision contract on a change of service provider. In the current economic climate, the complications and costs that TUPE adds to the sale of a business or change of service provider has resulted in criticism from many that TUPE is in direct contrast to the commercial interests of such transactions.

Despite calls for TUPE to be abolished completely, such a radical overhaul of the legislation is not permitted because of the UK’s continuing obligation as a member of the EU to implement the Acquired Rights Directive (ARD), which enshrines the principle of protecting employees when the entity in which they are engaged changes hands other than by share sale. The Government has, however, carried out three consultations in relation to the implementation of a number of reforms to TUPE. These reforms promise a “simpler regime that will provide greater certainty for businesses”.

The reforms aim to scale back the current scope of TUPE, which goes beyond the ARD, and remove the so-called “gold plating” from many of the provisions in order to more closely reflect the wording of the ARD and European employment case law. On 5 September 2013, the Government published its response to its consultation on TUPE. Here, we explore the areas that will have the greatest impact on employers. Current indicators are that the new provisions will come into force in January 2014.

Perhaps the most surprising outcome of the consultation is the decision not to implement the changes proposed relating to service provision change (SPC). Prior to 2006, SPCs were not included in the TUPE legislation. The inclusion of SPCs in 2006 to promote certainty and bring most SPCs within the scope of TUPE went beyond the requirements of the ARD and, given the economic climate, it is unsurprising that changes were proposed in this area.

While the 2006 changes were intended to simplify TUPE, so that the majority of SPCs were brought within its scope, recent case law has significantly narrowed its application in these situations. First, the question of whether or not there is an organised grouping of employees has come under close scrutiny. In order for TUPE to apply, there must be a group of employees that has been deliberately organised by the employer to service a particular client.

It is not enough that because of, for example, shift patterns, the employees actually do service a particular client. Second, the courts have adopted a stringent test as to whether or not the economic entity retains its identity following the transfer. Relatively minor changes in the way the service is provided by the incoming contractor can defeat TUPE. There have also been a number of cases establishing that splitting up the services provided by the incumbent between a number of contractors will defeat TUPE.

The Government rightly concluded that the removal of SPCs from TUPE would have returned us to the days when employers had to take a view on a case-by-case basis of whether or not there is an economic entity and whether or not that entity retains its identity following the transfer to determine whether or not TUPE applies.

It decided that this was undesirable, as it would promote uncertainty, and has instead decided to change the service provision wording to reflect current case law by requiring that the activities carried on after the change in service provision must be “fundamentally or essentially the same” as those carried on before it.

Employers should take note of the restrictive approach the courts have taken to SPCs over the past 12 months and consider carefully whether or not TUPE will apply. We can expect more litigation.

Currently, an employer who intends to carry out the same business with the same number of staff but in a different location may be liable for automatically unfair dismissal, as change of location without a change in either the number of staff employed or the functions performed by them does not amount to a change in the workforce. Including change of location will correct this anomaly and allow employers to change location without the risk of litigation.

The current position is that an employer can rely only on its own ETO reason for dismissing employees. This causes difficulty where employees are dismissed by the transferor prior to a transfer for the transferee’s reasons. The Government has decided that this should not be changed. Employers will need to be mindful of pre-transfer dismissals being automatically unfair.

The Government has, however, decided to clarify that consultation that begins pre-transfer will count for the purposes of complying with the collective consultation rules, provided the transferor and transferee can agree and where the transferee has carried out meaningful consultation. The proposed change is good news for employers as it will save time and cost as, provided appropriate consultation has taken place, dismissals can be effected immediately or shortly following the transfer for the transferee’s ETO reason.

The Government has adopted the proposal that employees’ terms and conditions under collective agreements must be observed by the transferee for one year following the transfer, following which they can be varied, even if the transfer itself was the reason, provided that the overall change is no less favourable to the employee.

This change will assist employers to negotiate fewer sets of terms and conditions, reducing their administrative and operational costs. It will also assist in integrating the workforce that transfers into its existing operations.

The Government has also confirmed that TUPE will be amended to expressly provide that variations to the collective agreements affecting the transferor post transfer will not bind the transferee. This amendment follows the decision of the Court of Justice of the European Union in July 2013 in Parkwood Leisure v Alemo-Herron (C-426/11), which decided that transferees could not be bound by changes in circumstances where they did not have the possibility of participating in the negotiation process. This clarification will be welcomed by employers that have faced arguments from trade unions that they are required to increase pay and benefits in line with deals negotiated with the transferor post the date of the transfer.

Micro-businesses (those with fewer than 10 employees) will be able to inform and consult employees directly regarding transfers, rather than through representatives, in cases where there is neither a recognised union nor existing representatives. This is a practical solution for small employers that will no longer need to go through an election process.

TUPE currently requires an employer to provide specific information relating to employees, usually 14 days before the transfer. The information required for each employee includes age, particulars of employment, information about claims, grievances, disciplinary action and potential claims against the transferee.

The Government has taken note of the responses to the consultation and concluded that the requirement to provide this information should remain, as it is commercially important. It has also decided to extend the time it is required to be provided to 28 days prior to the transfer, unless it is not reasonably practical to comply.

While many transferors express concern about the ability to provide complete and accurate information, the requirement is valuable for transferees, which can better ascertain the potential liabilities associated with the workforce it will inherit.

The majority of these changes will help resolve some of the problem areas associated with TUPE in practice and promote certainty, but will inevitably lead to new challenges. However, SPCs will need to be considered on a case-by-case basis. Whether or not TUPE will apply to an SPC is fact sensitive and as such it is anticipated that there will still be fertile ground for litigation in this area.

One Response to Is the Government simplifying TUPE?