Is there a right way to let someone go? 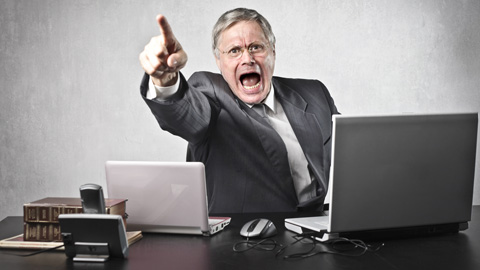 Imagine a typical redundancy scenario. Employee A is about to be told they are losing their job. Employee B is the person doing the telling. Who would you rather be?

For most people, the choice would be an easy one. When I told a friend about new research that reveals how tough it is to let someone go, they were not impressed. “So what,” they said, “at least they still have a job.”

But new research by Dr Ian Ashman, of the Institute for Research into Organisation, Work and Employment at the University of Central Lancashire, commissioned by Acas, throws new light on to how we view this potentially traumatic encounter. Once thought of as a “hatchet man”, the role of the messenger has evolved into something far more complex. Ashman paints a picture of a diplomatic envoy who needs a range of skills, support and experience to manage the personal side of a redundancy effectively.

The problem is that, in many workplaces, people are often chosen to do the telling simply because of their proximity to the situation. But being close to someone who may lose their job often means that you are more likely to describe the experience as “traumatic”, “nerve wracking”, “dreadful”, “hideous”, or “the worst job I’ve ever had to do”.

We have all seen those scenes on hospital soaps, when a junior doctor volunteers, or is volunteered, to break bad news to a patient or relative. It is almost viewed as a “rite of passage”; something they have to prove they can do. But is it enough just to be brave? Do we give enough thought to the way these situations are handled and the impact that they can have on everyone involved?

During an economic downturn it is easy to think that redundancies are just a fact of life – people come and go; always have, always will. But the level of support we give to the “teller” or envoy says a great deal about our workplace values and the importance we place on emotional intelligence.

It is clear that the job of letting someone go stretches way beyond the “hand on the shoulder” approach. It can often take months and can involve acting as the link between the organisation’s top-level decision makers and employees at risk, meeting and liaising with at-risk employees over who may be leaving or moved to other jobs – as well as supporting employees emotionally and helping them to find other work.

Support and training are key

To be effective, and, critically, to help them cope, tellers need to understand what they are doing and why. After all, they have to translate the organisational rationale into individual experience and they are likely to be found out if they are not fully briefed. Training is also important. Many businesses acknowledge how tricky one-to-one interactions can be and are offering help to managers in “having difficult conversations”.

Handling a redundancy situation would probably be described by those involved as a little bit more than difficult. But the popularity of training in interpersonal skills – such as the often misunderstood art of active listening – shows that businesses are beginning to realise that the quality of our workplace interactions has a big effect on how productive and competitive we are.

Largely confined to the margins of many organisations, for example, in specialist areas related to psychometric testing or in the counselling room – the influence of psychology is beginning to be felt more widely across the workplace.

Psychological terminology – for example, Dr Ashman refers to the “cognitive distancing” used by tellers as a coping strategy, separating the “downsizing” me from the “ordinary” me – is hardly mainstream just yet. But an increasing awareness of the importance of mental health and wellbeing, along with an acknowledgement of the way line managers can use the right competences and skills to trigger higher levels of engagement, is changing the way we view the role that psychology plays in employment relations.

Is there a nice way to make someone redundant?

There is a right way to make someone redundant – for example, Acas is quick to offer advice on having the correct consultation and selection criteria in place – but is there a nice way? The answer is yes. With the right support and training, the way a redundancy is handled can help to minimise the negative impact on all those caught up in it.

Some people refer to it as emotional intelligence. Others prefer to see it as simply having an instinct for the way people tick. Whatever you call it, it is clear that we still have a lot to learn about the emotional and psychological pressure we place on our managers at work and the impact this has on them and those around them.

Adrian Wakeling is managing editor at Acas. For further information on redundancy visit the Acas website.

XpertHR has a good practice guide on informing and consulting during a collective redundancy process.

A line manager briefing on handling difficult conversations is also available at XpertHR.