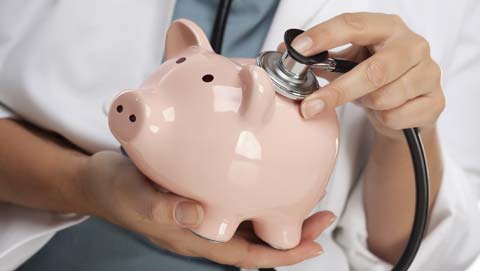 Almost three-quarters of nurses believe that NHS job cuts are having a negative effect on their work, according to a survey by health workers’ union Unison.

The survey of more than 3,000 nurses found that fewer than 10% felt they could deliver safe, dignified, compassionate care all of the time, due to a rise in the number of patients coupled with a fall in the number of staff to care for them.

Figures show that since May 2010, the number of qualified nursing, midwifery and health visiting staff employed by the NHS has fallen by 6,588. Between June and July this year 808 posts were lost, according to data from the Health and Social Care Information Centre.

When asked what the greatest barriers to providing high quality care were, 85% of respondents mentioned staffing levels, 72% cited unreasonable workloads and 69% blamed service cuts. Almost two-thirds reported suffering from stress and felt this was impeding how they delivered patient care.

The majority of nurses felt the current Government was not doing enough to help them deliver the type of care they would like. Just 4% felt respected by the current Government, only 8% said that patient care had improved in the past 12 months and more than a third (35%) believed that standards had fallen.

Christina McAnea, Unison’s head of health, said: “The NHS is being plunged into peril by Government cuts and falling staff numbers, coupled with an increasing demand for health services. Workloads are becoming unmanageable and rising stress levels for nurses are bad news for patients. Nurses do not feel respected by the Government – this has to change as a matter of urgency.”

Only 26% of nurses would now recommend nursing as a profession, according to the Unison survey. However, when asked what they enjoyed most about their work, 81% mentioned providing face-to-face care to patients and 77% enjoy feeling like they are making a difference. Pay is not an engaging factor – only 7% said they liked the job because of the salary.

XpertHR has information for employers dealing with trade unions and for those handling resignations, redundancies and dismissal.