By Peter Jones on 10 Apr 2014 in Employment law, Whistleblowing 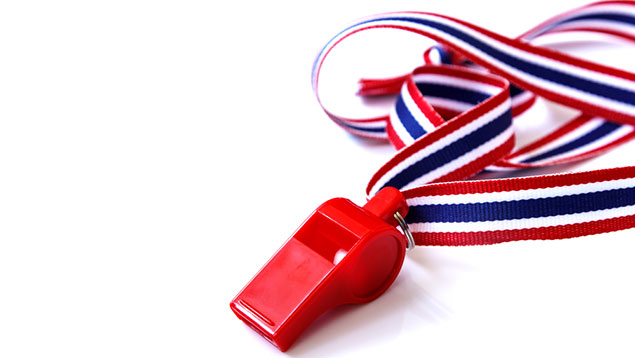 A report from the Whistleblowing Commission in November 2013 provided a timely reminder that uncapped employment tribunal awards are not just the preserve of discrimination claims. Solicitor Peter Jones looks at what organisations can do to avoid claims and asks what might come out of the commission’s report in the long run.

While it is tempting to suggest that the best defence against a whistleblowing claim is ensuring that an organisation has nothing to hide, things can and do go wrong – and workers’ reasonable suspicions about past, present and future malpractice, whether right or wrong, can also attract protection from victimisation under the Public Interest Disclosure Act 1998 (PIDA).

In view of the specialist knowledge often required to manage whistleblowing issues effectively – and the complex legislation that even the leading whistleblowing charity, Public Concern at Work (PCaW), acknowledges as “very difficult to understand” – the risks can be considerable. Organisations can and often do fail to respond appropriately to registrations of concern by workers and then find themselves in the firing line for claims they may not have seen coming.

There are some practical steps that can be taken to avoid many of the pitfalls:

The Whistleblowing Commission made 25 recommendations in its detailed report. The commission was made up of some formidable and experienced members, and its conclusions were unanimous. The Government is now processing the report in the context of its “Whistleblowing framework: call for evidence” – which closed on 1 November 2013 – but there is currently no published timetable for further steps.

The commission appears to have taken care to propose steps that stand a good chance of implementation, with the first and strongest recommendation being the introduction of a statutory code of practice to be taken into account by courts and employment tribunals when considering whistleblowing cases.

In view of the pervasive effect that statutory codes – such as the” Acas code of practice on disciplinary and grievance procedures” and the various Equality and Human Rights Commission codes – have on areas of unlawful discrimination, and the Government’s call for evidence seeking feedback on this possibility, this recommendation seems likely to result in action.

PCaW has taken the initiative by launching The First 100 campaign, promising to feature and publicise the first 100 organisations that sign up to the draft code detailed on page 28 of the report.

Another potentially potent recommendation is the introduction of a non-exhaustive list of categories of wrongdoing, including gross waste or mismanagement of funds and serious misuse or abuse of authority. The intention here seems to be to correct the unintended consequences of the new public-interest test, which might otherwise have a chilling effect on responsible whistleblowing and the protection of legitimate whistleblowers because of the uncertainty and potential narrowness of the requirement.

The Government’s call for evidence also indicates that the commission’s recommendation of a broader definition of those protected might be adopted. The commission proposes the inclusion in the definition of job applicants, healthcare and social workers, GPs, volunteers and interns, non-executive directors, public appointments, partners (including LLP partners), priests and ministers of religion, foster carers, all categories of workers under the Equality Act 2010, overseas workers and those wrongly identified as whistleblowers.

In view of the scandals that have emerged over recent years, these would seem to be appropriate categories. The outcome of the pending Supreme Court appeal in Clyde and Co and John Morris v Bates van Winkelhof, dealing with whether or not LLP partners enjoy PIDA protection, may act as a catalyst for discussion about this aspect of change.

Other commission recommendations that could be taken on board include: regulators applying the recommended code standards and having procedures to deal with whistleblowers; organisations being licensed or registered if they fail to implement whistleblowing procedures; the possibility of financial rewards and incentives being abandoned; and a simplification of PIDA.

The commission believes that it would also be appropriate to: normalise the causation tests for dismissal and detriment cases; extend the application period for interim relief for detriment and dismissal from seven to 21 days; clarify anti-gagging provisions as they apply to contracts, and particularly settlement agreements; simplify the definition of what amounts to a “disclosure of information”; allow protected disclosures to be made to trade unions; ensure that employment tribunal members who hear PIDA claims have special training; and capture and publish claims data for research.

Other recommendations include: mandatory reporting by employment tribunals to relevant regulators, with a claimant opt-out rather than the current opt-in position; and employment tribunals having the power to make recommendations about treatment of whistleblowers and, where found against, employers’ whistleblowing arrangements. The commission would also like to see further Government research.

The Government’s response to its call for evidence is expected this spring, and appears likely to contain more legislative proposals. So after one recent round of legislative change in its 15-year history, PIDA now seems set for another update. The Whistleblowing Commission’s report could show the way.

The basis for whistleblower protection is that a worker has made a “protected disclosure”, which amounts to disclosure of information registering concern about past, present or likely future wrongdoing in a number of categories, these being: criminal offences; breach of any legal obligation; miscarriages of justice; danger to health and safety of any individual; damage to the environment; and deliberate concealment in relation to any of these.

In a key legislative development under the Enterprise and Regulatory Reform Act 2013, since 25 June 2013 workers must make disclosures in the reasonable belief that doing so was in the public interest to enjoy protection. The legislation also provides that disclosures made in the absence of good faith are also protected, which presents a challenge for employers seeking to strike a balance between taking concerns seriously and the appropriate response to malice.

Workers suffering detriment and employees who are dismissed for protected whistleblowing can bring uncapped claims for compensation from day one of their employment. Employers can also now be held vicariously liable for victimisation by staff against other workers. A catalogue of past victimisation amounting to a “series of similar acts” can also be claimed for, which is akin to “continuing act” claims in other areas of discrimination – provided that the claim is brought within three months of the last act.

As a counterbalance to the removal of the “good faith” requirement, employment tribunals are now entitled to impose up to a 25% reduction in the compensation awarded to a victimised whistleblower who an employer can prove raised their concerns in the absence of good faith.

A little used but potentially potent claim can also be made for “interim relief”, if applied for within seven days of dismissal. An employment tribunal can make an order for re-instatement or re-engagement, pending the outcome of a full hearing, where it finds that a claim for automatic unfair dismissal is likely to succeed.

Workers also have the option of ticking a box on the ET1 application form, entitling the employment tribunal to forward protected disclosures to the appropriate regulator, which can have the effect of bringing about an inspection or investigation.

Peter Jones is a senior associate in the employment team at Thomson Snell & Passmore.
View all posts by Peter Jones →
Previous Article
Next Article