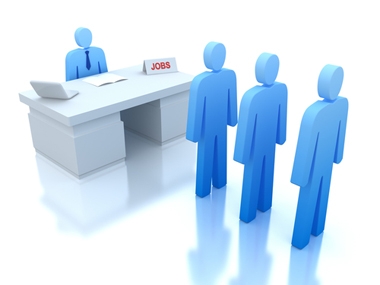 Despite modest growth in staff appointments in August 2011, the jobs market is showing early signs of trends similar to those observed at the start of the recession, according to a report published today.

In August, the number of permanent vacancies available to job seekers grew at the slowest rate in nine months, while the availability of permanent staff grew at the fastest rate since January 2010, according to the latest Report on Jobs published by the Recruitment and Employment Confederation and professional services firm KPMG.

However, there was modest growth in the number of permanent staff placements, which increased at the same pace as that recorded in July.

The temporary labour market showed similar levels of growth, with the weakest rise in short-term vacancies since October 2009 and the growth in availability of candidates increasing at a faster rate in August than the survey’s long-run average.

Bernard Brown, partner and head of business services at KPMG, commented that the figures show worrying trends similar to those at the start of the recession.

“Although the jobs market has held up relatively well, it remains in the summer doldrums and, worryingly, there seems to be early signs of trends similar to those of 2008,” he said. “Whether this is a blip or a return to a familiar and unwelcome pattern will emerge over the next few months.

“Permanent and temporary staff appointments rose again in August but only at the same relatively low rates seen last month. And whilst it’s good that we are still seeing some growth in appointments, whether this can continue in the face of a decline in the rate of growth of vacancies remains to be seen,” Brown added.

The report, which collects information from a panel of 400 UK recruitment and employment consultancies, also indicated that permanent staff salaries increased marginally in August, with the growth of hourly pay for temporary staff rising to a three-month high.