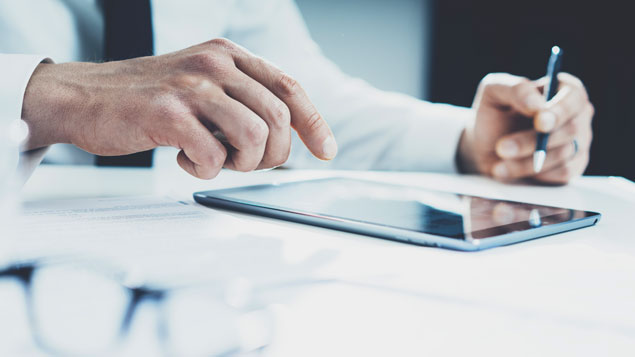 The Law Commission has confirmed that electronic signatures can be used to sign formal legal documents, such as employment contracts, in a bid to remove some of the confusion about their validity.

It said lack of clarity in current legislation is discouraging organisations from using electronic signatures as a way of validating a contract, although it many cases it would be quicker and easier than obtaining a handwritten one.

Formation of the employment contract

The body said that the confusion might disproportionately affect smaller organisations, which might not have access to legal expertise in the same way as larger ones.

Law commissioner Stephen Lewis said: “Contract law in the UK is flexible, but some businesses are still unsure if electronic signatures would satisfy legal requirements.

“We can confirm that they do, potentially paving the way for much quicker transactions for businesses and consumers.”

Under the EU-wide eIDAS regulation, which sets the standard for electronic identification across Europe, an electronic signature cannot be denied legal validity and can be used as evidence in legal proceedings.

“However, there are recent judgments from the Court of Appeal and the High Court which have decided that electronic methods of signing, such as a typed name in an email and clicking on an ‘I Accept’ button, do satisfy a statutory requirement for a signature,” the consultation paper says. “This is the case provided that there is an intention to authenticate the document.”

The consultation paper says there is a need for a clear legislative statement to avoid any doubt about the validity of electronic authentication.

It also suggests that where electronic signatures need to be witnessed, this could be done by either using a video link, by allowing to parties to log into the same signing platform, or requiring the signatory to acknowledge that they have signed the document after the event.

The formation of a government-backed industry working group to consider the practical issues around the use of electronic signatures and advise on technological developments is also recommended.