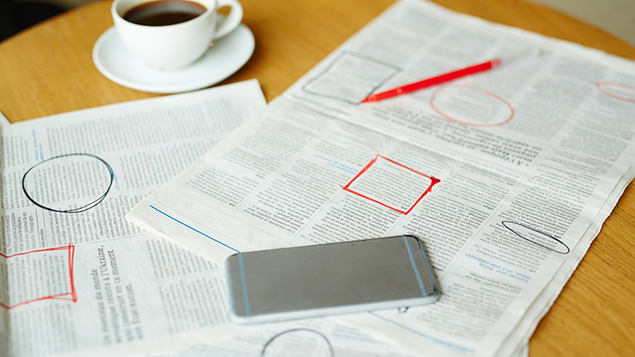 Employers that ask candidates their current salary are partly to blame for the gender pay gap, according to the Young Women’s Trust.

In a YouGov survey of employers, the charity found that nearly half ask prospective employees about their current salary, while 42% admit to not including any wage details when advertising roles. This is most common in the private sector.

The Trust has urged employers to include details about salary in job adverts, claiming that making pay more transparent would make it harder for employers to pay men and women different amounts for similar roles – even if this is unintentional.

Almost half of the employers it surveyed (48%) were in favour of publishing salary bands for all roles “to increase transparency” (44% in the private sector, 57% in the public sector, 54% third sector).

It also points to the fact that in some US states and cities, employers are banned from asking questions about salary at interview. “Asking the salary question means that women who were underpaid in their previous job are more likely to be underpaid in their next one and disadvantages anyone moving to an area with a higher cost of living,” the charity said.

However, the CBI warned that silencing discussions on pay at recruitment stage could have “unintended consequences”.

The business lobbying group said: “Closing the gender pay gap is complex. Publishing pay bands on job adverts is good practice, but banning conversations about pay isn’t the best solution and could have unintended consequences.”

In the first round of gender pay gap reporting this April – applicable to employers with 250-plus staff – there was a 9.8% median gender pay gap overall, and eight in 10 employers paid men more than women.

Women’s Trust chief executive Carole Easton said: “We have to break the cycle that traps women in low pay. Women often start work on a lower salary than men, move to a new job and are paid based on their previous wage, as opposed to what they or the role are worth – so they continue to be paid less. Ending this practice is crucial to ending the gender pay gap.

“Our research shows that women are more likely to disregard jobs if they feel their skills don’t match up to them, compared to men who often apply anyway. Including salary details in job adverts would help women to see that jobs are in fact at their level and give them an idea of where they should be negotiating from to progress their pay.”