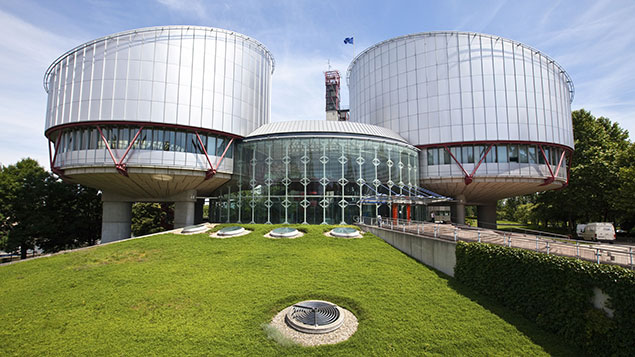 The European Court of Human Rights (ECHR) has held that a UK law preventing “sympathy” strikes is lawful.

Transport union RMT complained to the ECHR that the law prohibiting secondary industrial action breached art.11 of the European Convention on Human Rights, which protects the freedom of assembly and association.

Sympathy action typically occurs where workers take action against a different employer out of solidarity for workers in another group or organisation. UK legislation has prevented this type of industrial action since the early 1990s.

Had the ECHR deemed the legislation unlawful, it could have laid the foundations for workers to launch sympathy strikes.

The RMT’s complaint stems from a dispute between two rail maintenance companies, Hydrex and Jarvis. When 20 Jarvis employees were transferred to Hydrex, their terms and conditions were reduced to the same level as other Hydrex employees so they went on strike.

However, the small number of striking workers meant that the strike was considered ineffective. The RMT wanted to organise a secondary strike by Jarvis to increase pressure on Hydrex, but UK law prevented it from doing so.

From an employer’s perspective, this means that it continues to be fair to dismiss an employee who takes part in unlawful industrial action.

Three of the ECHR judges noted that secondary strikes were not directly relevant to the rights or interests of those engaged in direct strike action. Furthermore, the court was satisfied that the ban pursued the legitimate aim of protecting the rights and freedoms of others, including the employer involved in the dispute and the wider public.

It summarised that the ban in the case of Hydrex and Jarvis “had not disclosed an unjustified interference with the union’s right to freedom of association” and that there was no basis to consider it disproportionate.

But Gurpreet Duhra, an employment partner at DLA Piper, warned that this decision may not be the final word on the issue: “In light of the ECHR’s findings, employers should have confidence that secondary action is unlikely to be legalised within the UK.

“That said, the issue is unlikely to go away quietly as both the International Labour Organisation and the European Committee on Social Rights consider the UK’s laws go too far and are likely to continue to exert some pressure on the Government to make changes. It remains to be seen how the Government will respond; chances are it will simply choose to politely ignore the demands for as long as it can.”

Visit XpertHR for more details on the implications of this case.