How can employers protect documents from internal investigations?

By Tom Webley on 23 Oct 2017 in Employment law, Discipline, Discipline and grievances, Grievance 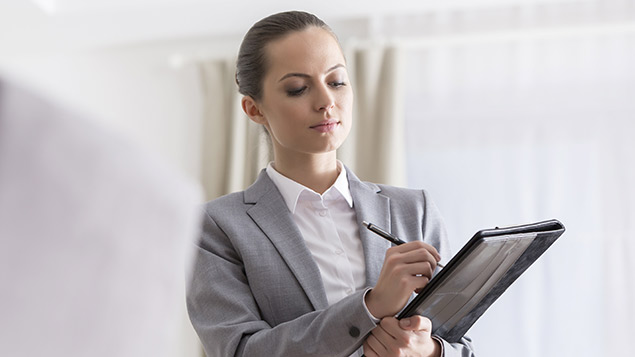 Court decisions from earlier this year have reduced the scope of legal privilege when it comes to protecting documents created during internal investigations. What steps can employers take to ensure sensitive communications do not have to be released unnecessarily?

Internal investigations are a frequent part of corporate life, particularly for anyone dealing with HR or employment issues, where an investigation may be required before action can be taken.

However, it’s vital to ensure that documents created during investigations are protected by legal privilege. Court decisions from earlier this year have reduced the scope of privilege in internal investigations, so it’s important to understand the practical impact of these decisions.

The two relevant types of legal professional privilege in relation to internal investigations are legal advice privilege and litigation privilege.

In general, legal advice privilege attaches to communications between a client and their lawyer for the purposes of obtaining legal advice.

Litigation privilege is broader, and applies to communications between a client, their lawyer, and any third party, if the purpose of communication is adversarial proceedings.

It’s possible that litigation privilege will protect documents created as part of an internal investigation. However, in order for that to be the case, there has to be a reasonable prospect of adversarial proceedings.

However, internal investigations are often fact-finding exercises carried out long before the possibility of a claim or enforcement action. In those circumstances, the team carrying out the investigation will need legal advice privilege to protect documents created.

As mentioned above, legal advice privilege will protect certain communications between a lawyer and their client and vice versa.

It helps to involve lawyers (whether in-house or external) in investigations early on, and ensure that all communications go through them and any findings reports are drafted by them.

However, in light of decisions earlier this year in the cases The RBS Rights Litigation and SFO v ENRC, it’s clear that simply having lawyers running the investigation will not be sufficient to protect all documents.

A key category of documents where this is the case is notes of witness interviews.

The judgments in the RBS and ENRC cases have cast doubt over whether these notes, even if taken by lawyers, will be privileged. The court’s basis for this position is that:

Previously, lawyers would often conduct these interviews to ensure that the notes taken would not have to be disclosed. Now the protection of those notes has been cast into doubt – an important factor to be considered.

So what can be done to minimise the risk that meeting notes might have to be disclosed?

Although nothing can replace being able to comfortably take notes, one can reduce the risk that notes containing damaging material might end up being read by third parties.

First, it’s worth making sure lawyers draft notes of any meetings. Although some of these documents might not to be privileged, without the involvement of the in-house or external lawyers, they will almost certainly be disclosable.

Then, when gathering evidence in an investigation, try to only interview people when all other evidence has been reviewed. This might appear cumbersome, but will reduce the risk of unexpected facts being included in notes.

For sensitive issues, consider having an initial call to see what witnesses are likely to say, before any meeting is recorded in a note. This might give warning of any issues to come.

Always consider whether litigation privilege might apply to notes. Although at the outset of the investigation, there might be no prospect of adversarial proceedings, this might change as facts are unearthed.

It’s important to record this change, by having lawyers make a note of the findings, making it clear that the investigation is now for the purpose of bringing or defending a claim or action by a regulator.

Finally, if in doubt as to whether notes will be privileged, try to keep them as neutral and factual as possible, in case they do have to be disclosed.

ENRC has recently been granted permission to appeal the decision to the Court of Appeal.

Hopefully, for anyone carrying out investigations, the Court of Appeal will to some extent reverse the recent trend of restricting the ability to claim privilege over meetings notes.

For the time being, employment and HR teams carrying out investigations will have to be mindful of the risks of having to disclose investigation and meetings notes and manage those risks where they can.