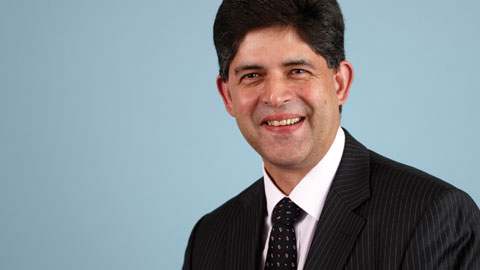 The Enterprise and Regulatory Reform Bill is currently making its way through Parliament. The Government is looking to use the Bill to encourage early dispute resolution and reduce the number of disputes going to employment tribunal. Nick Hobden (pictured) and Samuel Davies look at the main provisions in the Bill.

Q: How will employers’ relationship with Acas change?

The Bill places a duty on employers, employees and Acas to attempt settlement before a tribunal receives a claim. Generally, if this new process is not followed, employees cannot issue their claims. The employee must initially send Acas information about the claims. A conciliation officer must then try and achieve a settlement agreement between the employer and employee within a certain time period. The Government has suggested that both sides should have a month to settle the dispute.

Q: Will the unfair dismissal compensation award decrease in value?

Q: When could a tribunal award the new type of financial penalty against an employer?

The change to unfair dismissal compensation encourages employees to value their claims realistically. The introduction of financial penalties encourages employers to improve their focus on how they treat their workforce and how closely they follow internal policies and procedures. If an employer’s treatment of an employee has “aggravating features” and the employer fails in its defence to the employee’s tribunal claim, it will pay a penalty to the State. The Bill, unhelpfully, does not define “aggravating features”. However, the Government has suggested a distinction between unintended or accidental shortcomings and any acts of negligence or malice. The latter would merit a financial penalty.

Q: What is the financial penalty?

Q: Will offers or discussions to terminate employment be admissible in unfair dismissal cases?

Employers sometimes want to have a grown-up discussion about an employee’s future employability in their business, but are very aware that any such dialogue may come back to haunt them at a tribunal. The Bill states that any offers employers make or discussions they have to end an employee’s employment will be inadmissible in unfair dismissal proceedings.

To avoid employers’ abuse of this provision, a tribunal can waive inadmissibility if it believes that the settlement offers or discussions are “improper”. Although the Bill does not define “improper”, the Government has suggested that a tribunal should follow its approach to admitting “without prejudice” communications. For example, if there is clear evidence that settlement negotiations are an attempt to blackmail an employee to leave a business, then these discussions would be admissible. Clarity will be provided by Acas in its new statutory code of practice.

Q: How will the Acas statutory code of practice help us approach settlement?

On 17 January 2013, the Government announced that Acas will help employers approach settlement by producing a statutory code of practice. This is expected to come into force this summer. Optional templates for settlement offer letters and agreements will be available to employers. Accompanying guidance will also suggest “good practice” for employers to follow, such as allowing an employee a reasonable period of time to consider a settlement offer to increase cases of amicable settlement between employers and departing staff.