Managers have higher opinion of themselves than their teams have 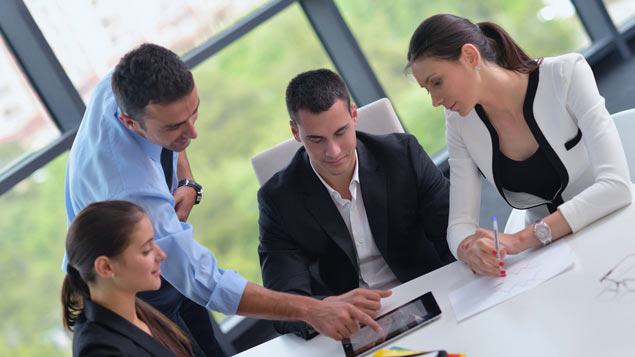 Managers rank their own performance more highly than their direct reports, a survey by HR consultancy Penna has revealed.

More than half of employees went so far as to say they could do a better job than their manager, its research found.

Eighty per cent of managers said they were either definitely or sometimes “good at supporting their direct reports with opportunities for promotion”, yet more than one-third (39%) of their employees did not agree.

More than nine managers in 10 also felt that they supported staff with opportunities, but 29% of staff felt this was not the case.

There was also a perception gap in terms of how accessible managers were – only 23% thought their manager was accessible, and 25% thought they were supportive, but a much higher proportion of managers thought this was true (40% and 44% respectively).

Furthermore, managers are failing to role-model the positive aspects of the job. More than half (54%) of employees who had not managed before said they never wanted to be a manager, and 23% said if they were a manager, they would not put their all into the job.

Penna did uncover some positive opinions of managers, however, with 64% saying they liked their manager, and 66% saying they respected him or her. More than three-quarters (77%) said they had a good relationship with their boss.

Penny de Valk, managing director of Penna’s talent practice said: “Managers score highly on being liked and respected. While important, it should not come at the cost of clarity of direction and vision sharing – which their direct reports say is lacking.”

She added that, if employers seek to maintain competitive advantage, they need to address these “tensions between perceived and actual managerial performance and impact”.

“Managers have a tough gig and their roles have increased in pace and intensity due to the ongoing economic turmoil. They think they are doing a great job – one that even their direct reports don’t want to do – but their employees beg to differ and organisations aren’t investing in their development to address this critical perception gap,” she said.

Addressing this will also help to tackle a dearth of management skills in the UK. Analysis by the CMI for its Management 2020 report showed that the scale of retirement expected in the next five years is set to create demand for as many as one million new managers in the coming years.

The research was released the day after it was announced that Adecco was buying Penna Consulting for £105 million.