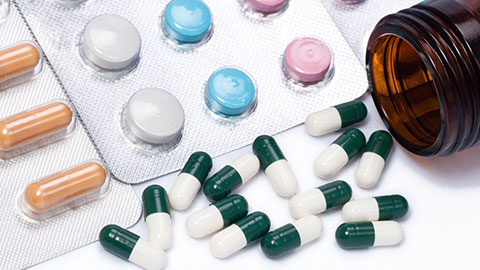 The EEF calls for action on the fit note after the drop in absence rates slows.

A healthy workforce is needed for a healthy economy. However, at a time when the UK manufacturing industry is trying to deal with unnecessary costs and legislative and administrative burdens to generate growth, a new survey from the manufacturers’ organisation EEF suggests that recent year-by-year improvements in reducing sickness absence in the sector have stalled.

Companies are justifiably concerned about the levels of absence, with the resulting costs of lost production, sick pay, overtime pay and temporary cover, as well as the impact on customer service, taking a toll.

This survey of EEF members is the 10th that looks at their experience of sickness absence and rehabilitation, and the third to be undertaken with Westfield Health, a leading UK provider of not-for-profit health insurance. More manufacturers – 40% in the survey – are reporting that longer-term sickness absence is increasing, while just 24% say it is decreasing. After surgery, the key causes of long-term absence remain back pain and other musculoskeletal disorders, stress and other mental health problems.

Progress in reducing sickness absence rates has slowed despite a growing number of firms taking action through return-to-work interviews, sickness absence line-manager training, setting stretched absence targets and providing their employees with OH services. Many also provide health screenings and checks, access to counselling or employee assistance programmes and subsidised private medical insurance. However, despite the increasing efforts of employers to manage sickness absence and support employees who have been off work, the improvement in absence rates has hit a plateau.

The survey found that sickness absence rates were 2.2% and 2.3% for 2011 and 2012 respectively, having previously fallen from 3% in 2007. The average number of days lost to absence has shown a minor increase from a low of 5.1 days in 2011 to 5.3 days in 2012. The proportion of employees with zero sickness absence rates has also remained static, at 51% this year, having risen steadily from just over 40% in the past five years.

We will make further progress on sickness absence only if we do something differently to tackle the structural problems associated with long-term absence. However, the survey also indicates that manufacturers are becoming increasingly negative about one of the key initiatives tasked with addressing this – the fit note.

The fit note is in its third year and was designed as a consultation tool for GPs to initiate and guide negotiations with patients about returning to modified work as their health improves. It was partly aimed at helping employees to return to work earlier through the use of “may be fit for work” fit notes. A computer-generated version of the fit note has recently been introduced.

The survey shows that the early optimism expressed by employers in 2011 has been replaced with concern about the benefits of the fit note when compared with the previous system.

Only 26% of employers in the survey believe the fit note has resulted in employees returning to work earlier, compared with 40% that said that it has not.

Employers that were willing to give the fit note a chance are now becoming increasingly dissatisfied with the quality of advice that it is providing. The percentage of companies that disagree that the advice given by GPs about employees’ fitness for work has improved is more than double that of those that agree – 49% and 20% respectively

Employers say that after their employees’ health conditions, GPs are now seen as the second biggest barrier to rehabilitating employees who have been off sick from work.

The EEF is becoming increasingly concerned that the fit note is failing to deliver on its objectives and is calling for renewed government action to ensure that the advice provided by GPs helps facilitate more employees returning to work earlier. That means making the fit note deliver the advice that will help employers to work with employees to that end. In addition, the Department for Work and Pensions must monitor the data generated by the fit note to assess the quality of that advice.

The Government needs to work with employers and the medical profession, including the Royal College of General Practitioners and the British Medical Association, to understand what is holding up progress and agree a way forward. It should ensure that all medical professionals, including hospital doctors and GPs, are trained in using the fit note.

The EEF is also calling for the Government to widen its proposed tax relief on health-related interventions recommended by the new Health and Work assessment and Advisory Service. We are looking for an increase from the current threshold of £500 per person and for the relief to be available on employer interventions within the first two weeks of absence, rather than after the recommended four.

Driving down absence rates and helping more employees to return to work earlier can play a key role in getting our economy growing; but it will take a concerted effort and cooperation between employers, the medical profession, the Government and employees to achieve success.

Terry Woolmer is head of health and safety at the EEF, the manufacturers’ organisation.