By Ashleigh Webber on 17 Aug 2018 in Latest News, Staff monitoring 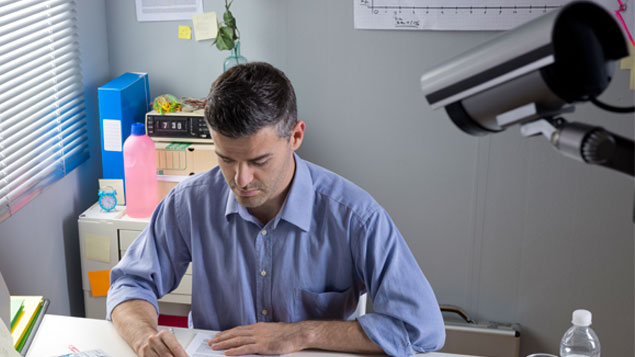 Two-thirds of workers fear that workplace surveillance fuels distrust and could be used in a discriminatory way if left unregulated, prompting a call for new protections to prevent excessive or intrusive monitoring by employers.

According to a report published by the TUC, 56% of workers feel it’s likely they’re being monitored at work.

Surveillance at work: the legal issues of using CCTV

Forty-nine per cent said their employer was likely to be monitoring work emails, files and browser history; 45% said they thought they were being watched on CCTV and 42% believed their calls were being logged or recorded.

While not as widely used as some other forms of surveillance, a quarter thought their employer monitored their location through handheld or wearable devices and 15% thought their moods were being tracked using facial recognition software.

TUC general secretary Frances O’Grady said the law needed to change to make sure workers are better protected against excessive and intrusive surveillance.

“Employers must not use tech to control and micromanage their staff.

“Monitoring toilet breaks, tracking every movement and snooping on staff outside of working hours creates fear and distrust. And it undermines morale.

“New technologies should not be used to whittle away our right to privacy, even when we’re at work. Employers should discuss and agree workplace monitoring policies with their workforces – not impose them upon them,” she said.

Three-quarters of the 2,100 people polled said employers should be banned from monitoring staff outside of working hours.

A third said their social media profiles were likely being looked at by their employer while they were not at work – an activity that 69% agreed was unacceptable.

While the TUC said proper enforcement of the General Data Protection Regulation (GDPR) might offer workers some reassurance, new safeguards are needed to ensure that workers’ rights to privacy are respected.

Some of the report’s recommendations include:

The TUC’s survey found that younger people and employees in large companies were most likely to be affected by workplace surveillance.

When 18-24 year olds were asked whether they thought monitoring was taking place in their organisation, 68% said they believed it was. This dropped slightly to 60% among 25-34 year olds.

Seven in 10 people who worked for an employer with more than 250 staff thought their work was being monitored, compared with 65% for medium businesses (51- 250 staff) and 52% at small businesses.

The use of facial recognition software was considered the most unacceptable form of surveillance, followed by monitoring employees’ social media outside working hours and using webcams on work computers to watch staff.