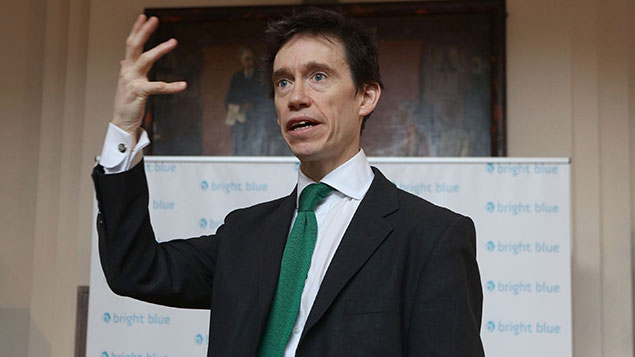 Prisons minister Rory Stewart has called for military involvement in improving the leadership and management skills of prison governors, a proposal that has drawn a sceptical response from the Prison Reform Trust.

As part of a £10m package of measures to curb the influx of drugs and improve life for all in 10 prisons with acute problems, Stewart has earmarked £1m to fund bespoke training schemes to provide governors with the skills to improve their prisons in terms of safety and security. This will include the establishment of a staff college based on military models.

FAQ: Can an employer dismiss an employee because they are in prison?

Former officers and governors will also be encouraged to share best practice and provide support to more junior offices to deal with the high current levels of violence in the UK’s prisons.

Stewart accepted that the £1m funding was “relatively modest” but said: “The key really is the philosophy we bring to this, in other words the training, the support for prison officers.

“It is one of the most challenging jobs anywhere in Britain today, standing on a prison landing outside a cell door working with prisoners.”

The Times reported that there had been a suggestion that prison governors would have to wear uniforms, but that this idea had now been dropped.

Mr Stewart, who served as in infantry officer in the Black Watch on a short service commission before going to Oxford University, wants to set up a staff college for prison governors as part of a drive to give them high-quality training. He wrote to the Ministry of Defence earlier this year asking for access to staff up to the rank of brigadier who could give an insight into how the military staff college model operates.

However, the Prison Reform Trust said the problems in the jails were caused by a failure to match resources to demand.

Peter Dawson, director of the Prison Reform Trust, said that Stewart “must concentrate on the job only he can do: matching the demands on the system to the resource parliament is prepared to make available for it”.

He added: “It was a catastrophic failure to provide that balance which caused the collapse of prison safety after 2012. Trying to tell governors how to run prisons is not going to put it right.”

Dawson’s response owed something to previous experience with reforming prison ministers: “The governors of the 10 prisons will be pleased to have a little more money, wherever it comes from. But we have been here before.

“In 2016 Michael Gove set up six reform prisons that would pave the way for others to follow. That idea was quietly shelved by his successors with neither explanation nor evaluation. We are now promised ‘tangible’ results from a new version, so we need to be told what those results are, and who will be held to account for delivering them.

“If Rory Stewart makes good on his wish to see fewer people go to prison on short sentences he will achieve something fundamental on prison reform.”

Stewart’s aspirations to reform leadership within prisons come on top of a £30m package promised in July to improve security and the fabric of prisons. A wider strategy to improve prisons has, states the Ministry of Justice, seen 3,500 additional prison officers recruited although unions have claimed this figure conceals the true picture of a service in crisis.

A further relatively radical proposal to improve prisons came in May from secretary of state David Gauke who suggested that prisoners could play a significant role in bridging the post-Brexit skills gap.