Most employers give agency workers 12-week rights from day one, report finds 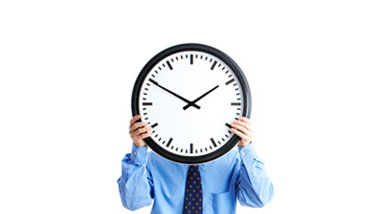 The majority of employers give temporary workers the same basic conditions as permanent hires from day one of their assignments, despite not having to do so until the worker has spent 12 weeks in the same role.

Under the Agency Workers Regulations (AWR), which came into force on 1 October 2011, temporary workers are entitled to some of the same conditions as permanent workers after 12 weeks working for the company in the “same role”, such as basic pay, annual leave, rest breaks and performance-linked bonuses.

Agency workers also acquire some rights from the first day of their appointment, such as the same access to job vacancies and collective facilities, as someone who had been directly recruited by the hirer.

However, the 2012 XpertHR agency workers survey found that 65% of employers are providing agency workers with the rights they are entitled to after 12 weeks from the first day of their assignments.

Kevin Green, chief executive of the Recruitment and Employment Confederation, said that the findings were good news for both employers and agency workers: “It’s really good news for temps that so many employers are deciding to implement equal treatment from day one. It’s good for the worker and it’s good for the business and the agency as it avoids the bureaucracy involved in making changes after waiting 12 weeks.

“We think the flexible labour market is here to stay and will continue to expand as businesses see it’s an effective way to align their workforce with demand while keeping themselves competitive.”

Rachel Suff, author of the XpertHR report, added that employers may be opting to do this in order to avoid confusion over when the qualifying period ends.

“Although this approach may carry with it increased budgetary implications, it has the advantage of removing any ambiguity or administrative resource concerning when an agency temp should receive these basic working and employment conditions,” she said.

One reason that the 12-week qualifying period could cause confusion is that it can be “paused” if the temporary worker takes a break of less than six weeks from the role or if they take time off from the role due to reasons including sickness, maternity leave or jury service.

The survey also found that one-third (36%) of employers try to limit temporary assignments to 12 weeks, where possible, in order to reduce the impact of the AWR on their organisation.