By Adam McCulloch on 3 Mar 2021 in Movers and shakers, Career paths, Careers in HR, Latest News, The HR profession 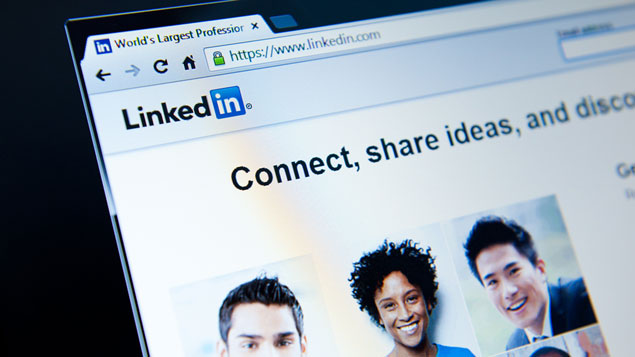 Personnel Today’s early spring update of recent appointments in the HR world include a new leader for LinkedIn in the UK and a key change at one of the UK’s largest sports businesses.

Janine Chamberlin, senior director at LinkedIn, has been appointed to UK country manager, and will take on the role from the start of April.

She will be responsible for leading LinkedIn’s business in the UK, which has 30+ million members, helping them to connect, learn and find new opportunities. Janine takes on the role from Josh Graff, who was recently appointed to managing director, EMEA and Latin America at LinkedIn.

In 2008 Chamberlin was the 13th employee to walk through the doors of LinkedIn’s Oxford Street, London office. Back in 2008, LinkedIn had a member base of 25 million members globally. In 2019 it had 25m users in the UK alone. With a background of building and leading advertising operations and account management, in 2018 Chamberlin moved from marketing solutions to LinkedIn’s talent solutions business.

Bradford-based logistics and warehousing company Expect Distribution has appointed Sophie Metcalf to the new role of head of HR where she will create and implement plans to develop Expect’s people and practices, creating and fostering brand advocacy from within. Metcalf brings with her over 15 years of experience in HR and mentoring, and using this expertise, she will spearhead the business’s internal and external corporate CSR initiatives.

Initial focuses will include supporting Expect’s apprentices and growing its apprenticeship programme, mentoring new graduates and university placement students, tackling the gender and skills gaps within the warehousing, logistics and distribution industries, and supporting in strengthening the business’s relationships with local charities such as Centrepoint, the Forget Me Not Children’s Hospice and the Overgate Hospice. Metcalf has previously worked in HR for SimplyBiz and Versus Arthritis among other firms.

The Jockey Club – one of the UK’s largest sports businesses – has appointed Helene Sharrock as its incoming chief people officer. Sharrock, who is currently head of HR at Marks and Spencer, starts her new role on 17 May, and will be tasked with developing the Club’s people and talent agenda. As well as spending the last two years at Marks and Spencer, Sharrock has also honed her skills at BT (as a senior HR manager, rising to head of HR, BT Consumer Brand), and at cable sports channel, ESPN. Prior to that, she worked at ITN and for container business P&O Nedlloyd.

And so to Bedfordshire

The University of Bedfordshire has appointed Sue Shutter as its new director of human resources. She is set to play an integral role as part of the vice chancellor’s executive group, having previously held the position of pro vice chancellor of HR & governance at Regent’s University London. Joining Bedfordshire in January 2021, Shutter has a particular interest in implementing culture change and developing an inclusive culture that promotes belonging and wellbeing. She will lead the development of a new comprehensive HR strategy built on the university’s stated commitment to integrity, engagement and diversity, equality and inclusion.

Having held a role at Regent’s University London since 2009, Shutter oversaw the delivery of its organisational development via culture change plans, a people’s agenda and wellbeing and equality strategies. She also played a significant role in the transformation of the university from a collection of autonomous bodies into a single private institution. Prior to Regent’s, she held leading HR roles with local government at Oxford City Council and with the NHS at the Chiltern & South Bucks Primary Care Trust. A fellow of the CIPD, Shutter is regularly invited to speak at events about her work including leadership development, managing change, performance management and HR consulting, mentoring and coaching.

FTSE 100 engineering group Halma plc has recently confirmed Dame Louise Makin as its next chair. The appointment brings Halma’s main board to 50/50 gender balance and making the company one of only a handful of FTSE 100 companies with a female chair. She joins the board as an independent non-executive director and chair designate. She will join the nomination and remuneration committees. Makin will replace Paul Walker as chair in July 2021, when he steps down from the board after eight years in that role. For 15 years Makin was chief executive officer of BTG plc, an international specialist healthcare company.

Engineering and industrial software company Aveva has announced it has appointed Caoimhe Keogan as its new chief people officer. Keogan is tasked with leading the organisation’s group-wide corporate social responsibility (CSR) initiative, Action For Good, as well as driving its people strategy and improving the global employee experience.

Before joining Aveva, Keogan was chief people officer at MoneySuperMarket.com for nearly three years and was senior vice president of people, places and community at SoundCloud. She has also previously spent five years as a senior HR partner at Google. In her new role Keogan will report directly to the company’s chief executive officer, Craig Hayman, and will sit on its executive leadership team. 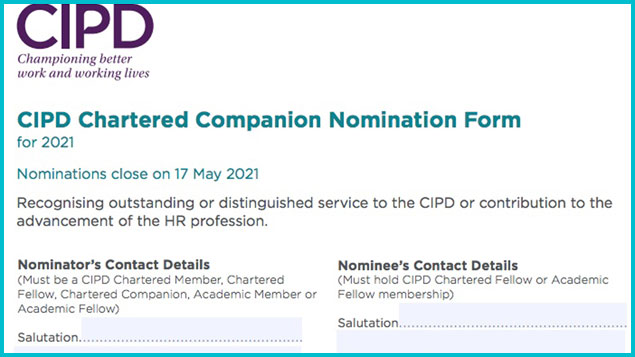 The nominations for 2021 CIPD chartered companion status – a highly regarded accolade within the HR world – were opened on 1 January. 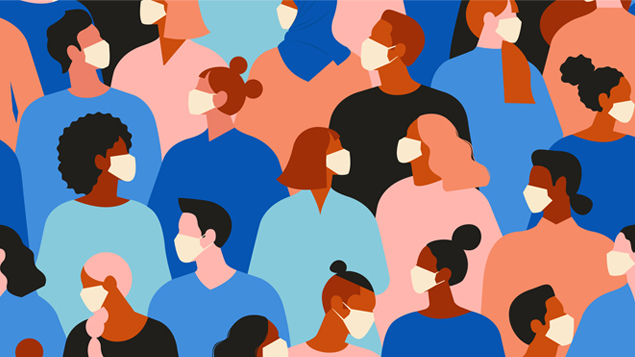 Few would argue that HR teams have not been busy since the coronavirus took hold some weeks ago, but how... 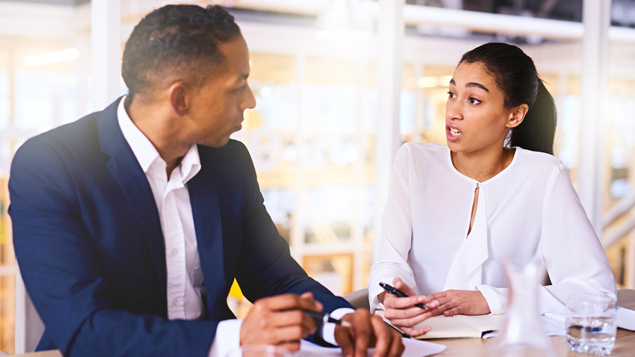 The UK has seen a 58% increase in the number of diversity and inclusion (D&I) roles available over the past five years.