National living wage: how to steer clear of problems 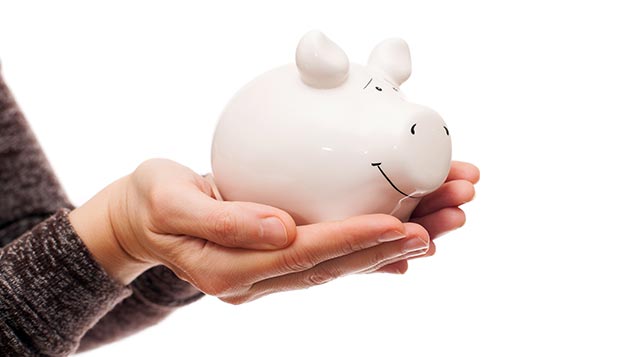 With the national living wage set to be introduced on 1 April 2016, employers will need to plan carefully to ensure they avoid problems with payroll, employment law and employee morale. John Charlton talks to experts about how to plan for the change.

Few would have predicted a Conservative government would implement a £7.20 per hour national living wage for those aged 25 and over. After all, in 1998 the Tory opposition voted against the introduction of the national minimum wage then set, for adults, at £3.60 per hour. Now it stands at £6.70.

It is worth noting that, on trend, the adult national minimum wage would probably reach circa £7 per hour in October 2016 – not far short of the national living wage.

With the implementation date just two months away, employers need to heed key considerations in relation to the national living wage:

Evidence indicates that some employers are leaving it late. In December 2015, a Department for Business, Innovation and Skills (BIS) survey of 1,000 employers found 45% of them had updated their payroll systems accordingly, while 39% had told affected employees the good news.

More on the national living wage

FSB national chairman John Allan says: “It’s important that the independent Low Pay Commission [LPC] continues to play a central role in setting the minimum wage, and that includes deviating from the Government’s plan to raise the national living wage to over £9 per hour by 2020, if it becomes apparent that the economy can’t afford it.”

This view is echoed by the CBI’s head of labour market policy, Rachel Smith. “Where increases in the national living wage are unaffordable, some businesses will be forced to make tough choices. To avoid this, the Government should acknowledge and recognise that the LPC must play the main role in recommending future national living wage increases,” she says.

What will the national living wage cost employers?

A recent XpertHR survey of more than 400 employers found just under half have employees who qualify for the national living wage and are paid less than £7.20 per hour, amounting to 11.8% of the workforces of affected employers.

The survey found the cost to employers polled, of implementing the national living wage in year one of its operation, would be a median of £592.89 per affected employee, equal to £11.40 a week, or 28p an hour.

But the national living wage will impact some sectors more than others. A November 2015 report from the Resolution Foundation and the CIPD claimed 20% of 1,037 employers polled said they would be affected by it.

This is not an even spread, with 33% of respondents from the retail sector and 32% from hospitality saying they will be impacted. No surprise given Office for National Statistics figures for April 2015 showed that the lowest median hourly earnings, at £6, £8.72, and £8.81 respectively, were in the hospitality, retail and agricultural sectors.

The Resolution Foundation expects 2.8 million workers will get a direct pay rise thanks to the national living wage, with another 3.2 million receiving an indirect one as employers strive to maintain differentials.

How will the national living wage affect payroll and associated points?

Tom Hellier, senior consultant at Towers Watson, says: “Companies need to get ahead of the game in terms of planning and timings, for example implementing the national living wage early to fit in with existing pay rounds. Some may treat 1 April as a pay anniversary.

“Plan how you’re going to implement the national living wage and conduct proper analysis on what it means in terms of additional costs. If there’s no thorough analysis you could have uplift in fixed costs, especially in lower-margin industries such as retail.”

The Government says it will throw some sweeteners to employers in the form of lower corporation tax and higher national insurance employment allowances. Employers will also look to defray costs.

This may mean cutting discretionary payroll costs, such as bonuses and overtime, shedding jobs, not filling vacancies, and reducing hires. Some employers may seek to boost productivity and efficiency.

Conor D’Arcy, policy analyst at the Resolution Foundation, says this will be challenging: “Poor productivity growth has been a concern for years. The Government published a plan to get to grips with this worrying trend alongside the summer Budget but there was little discussion in it of how productivity could be improved in low-paying sectors like hospitality or retail. And it’s exactly these sectors where the national living wage will have its biggest impact.

“The options available to raise productivity will vary by industry. In some, better and more widespread training for staff – particularly lower earners – could pay dividends. In others, it may be that greater investment in technology boosts output. Government should play a role in identifying barriers to raising productivity and encouraging best practice.”

The legal risks associated with national living wage implementation should be few if employers are sensible.

Jo Broadbent, counsel at Hogan Lovells, says: “The challenges for employers surrounding the implementation of the national living wage are likely to be around how they will manage higher costs, rather than employment law issues in and of themselves.

“The employment law issues will be similar to those that arise when the national minimum wage rates increase in October each year. And, the Equality Act contains an exemption that means that it is generally not age discrimination to pay a younger worker less than an older worker, if the minimum wage rate each worker is entitled to is different.”

One risk that may trip up the unwary is that of age discrimination, for example in recruitment or redundancy selection. For instance, if an employer can’t fund national living wage costs they may cut their headcount. This takes time and would “need to be completed before the 1 April deadline”, says Laura Livingstone, head of employment law at Gordon Dadds.

“In these circumstances, it is important for employers to be cautious about who they select for redundancy as there is potential for age discrimination. This might occur where some employees over the age of 25 are selected for redundancy. Although direct age discrimination [unlike other forms of discrimination] can be justified, it is highly unlikely the courts would accept an attempt to avoid paying the national living wage as a proper justification for such behaviour.”

Amanda Jones, partner at Maclay Murray & Spens, adds that where redundancies are envisaged as a result of economic pressures caused by the introduction of national living wage, “unionised employers should start consulting with the trade union as soon as possible”.

Employers may also seek to contain costs related to the national living wage by trimming discretionary payments such as bonuses. This may raise contractual issues. Employers would be wise to abide by contractual terms and agree changes with the employees concerned.

If there are flexibility clauses then Jones advises caution: “This does not allow for significant changes such as those to remuneration. These types of clauses can probably only be used to make reasonable or minor administrative amendments that are not detrimental to the employee, so express agreement will normally be required. Any attempt to unilaterally make a change, such as a removal or reduction of a bonus or any other benefit, may result in an unlawful deduction from wages claim and/or constructive dismissal claim.”

Another pitfall related to the national living wage is recruitment, especially if employers look to hire people aged under 25. They may, as Weightmans employment partner Jawaid Rehman says, “find themselves at risk of age discrimination claims”.

“These claims can potentially be justified,” he adds. “However a wish to save money may not, on its own, amount to a legitimate aim capable of justifying indirect discrimination. Where potential employees have scored the same at interview, organisations should always look to recruit those who are best for the role and not take age into account during the recruitment process.”

In Livingstone’s opinion, employers should not “favour employees under the age of 25 during the recruitment process as that would constitute direct age discrimination”.

Penalties for non-compliance with the national living wage

BIS says it will enforce national living wage compliance. The regime – essentially the same as for non-compliance of the national minimum wage – will be enforced by HMRC.

Employers that deliberately fail to pay the national living wage to qualifying staff face fines of 200% of arrears owed up to a maximum of £20,000 per each underpaid employee, although this will be halved if paid within 14 days. They may also face criminal charges and, if found guilty, may be disqualified from being a company director for 15 years.

Rehman says HMRC “will investigate the most serious cases of employers not paying the national minimum wage and national living wage, and will have the power to use all available sanctions – including penalties, prosecutions and naming and shaming the most exploitative businesses. And there is a suggestion that consistent non-payment could result in greater ramifications. So it is imperative that companies get it right.”