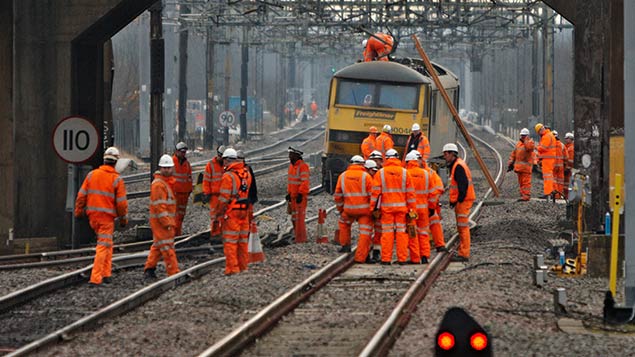 The union has launched a claim covering 30 female managers who are allegedly being paid between £3,000 and £4,000 per year less than their male counterparts.

If successful, another 3,000 female managers at the infrastructure firm could also stand to receive pay rises. The TSSA estimates the final bill could cost Network Rail in excess of £10 million per year if the union wins its battle at a Leeds employment tribunal in the autumn.

Respond to an equal pay questionnaire

“It is simply outrageous that a tax-payer-funded firm should reward those at the top with such huge amounts while at the same time discriminating against thousands of their own staff who happen to be women,” she said.

A Network Rail spokesperson said: “Network Rail is committed to equal opportunities and fairness and equity in its pay. We are working hard, in partnership with our trade unions, to address any legacy imbalances within our pay structure. Those discussions continue.”